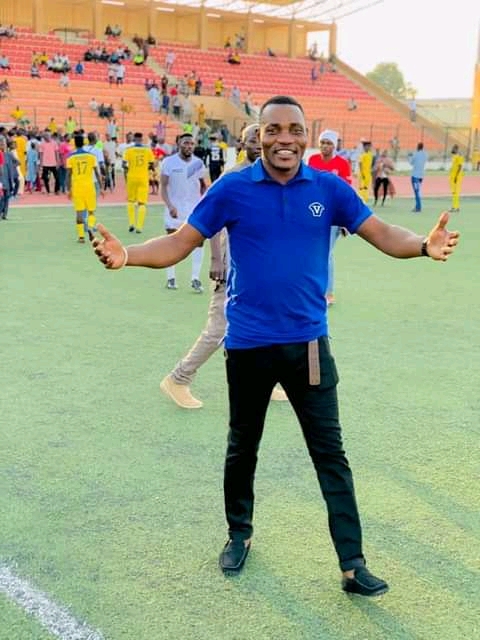 Despite suffering a heavy defeat to the newly crowned Champions of the Nigeria Professional Football League (NPFL), Akwa United in a seven goal thriller at the Nest of Champions Uyo on Sunday evening.

Head coach of MFMFC, Coach Olalekan Gabriel has now sent a congratulatory message to Kennedy Boboye after his Success despite the humiliating 5-2 bashing.

Boboye who had previously led Plateau United to the league title triumph for the first in their history in 2017 has now guided Akwa United to their first ever league Crown after they beat MFMFC comfortably with a 5-2 scoreline in Uyo, to become the first manager to win two league titles in the LMC era.

Coach Lekan Gabriel who replaced Tolu Bolus as the interim Manager of MFMFC midway into the season after a poor run of form, has been able to steady the sheep and keep them in the Nigeria top-flight league.

The former Shooting Stars and Sunshine Stars, now coach will however be looking to better this year’s achievements when he takes charge of the Olukoya Boys in what would be his first full season in charge of the Lagos based side.