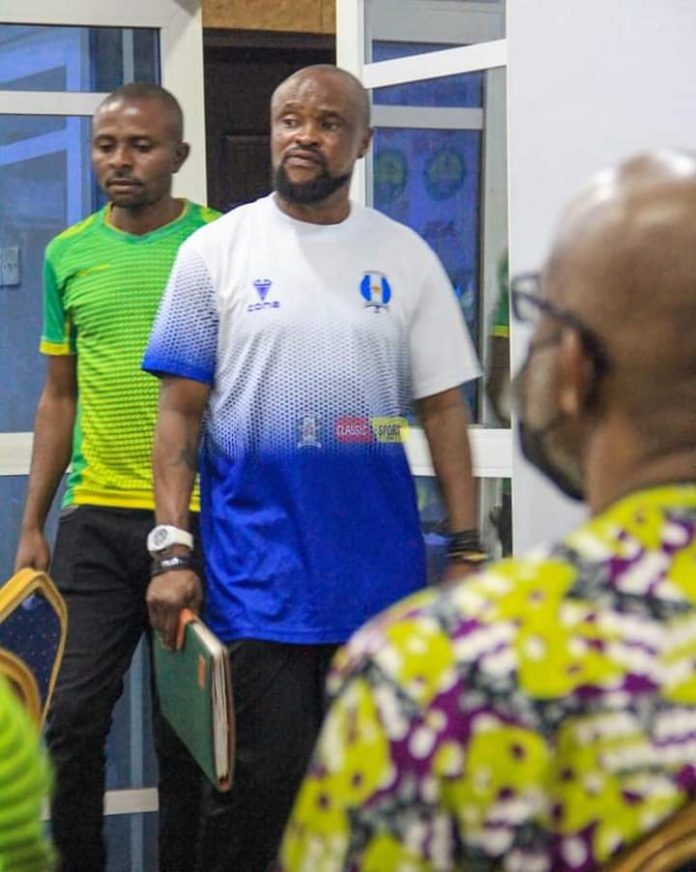 “We have been twice unlucky at the playoffs, thus learnt our lessons the hard way. I want to assure you that this time, the team will be disciplined, conscious on the pitch and make the most of the chances that come their way, as it’s now or never for Shooting Stars to gain promotion to the Nigerian Professional Football League.”

These were the words of the Team Manager of Shooting Stars Dimeji Lawal (MON) on Monday night after the Nigerian National League (NNL) playoff fixtures were made at the Auttela Hotel, Enugu.

“If you want to be champions, you have to play all the four teams that made it to the playoffs. Our first game is against Insurance of Benin, really a tough hurdle to cross looking at the rivalry that exists between both teams.

“Without much ado, I trust the Oluyole Warriors to give the game its best shot as the team is turbocharged for these tough duels.

“However, we must also understand that the fixture is not all about Insurance, rather the likes of Remo Stars, who are now a household name and Ekiti United are equally good.

“Going by our fantastic form in the season, the trio shouldn’t be a hard nut to crack for the Oluyole Warriors.”

Kabongo, as the former Flying Eagles star is called by fans, also added that Nnamdi Azikiwe Stadium, the Cathedra had in recent times, been favourable ground for his side, expressing hope that the team would also enjoy such luxury in the play playoff.