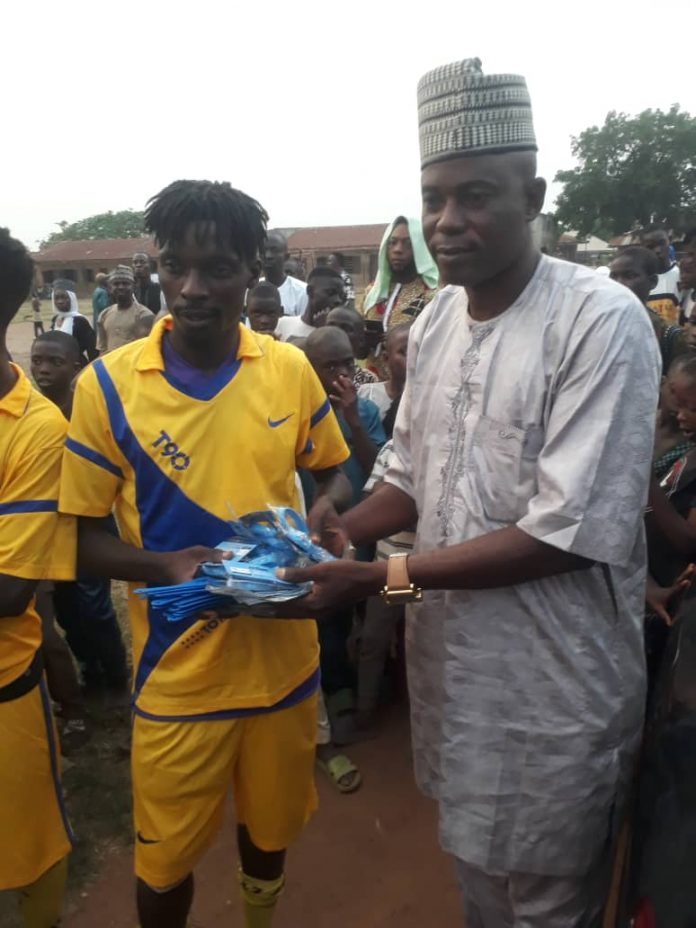 Offa Community have emerged champions of the maiden edition of the GM of Kwara United Unity Cup after beating hosts Ira town 5-4 on penalties on Friday evening.

The encounter was a keenly contested one in which both teams had chances to win in regulation time, but they were poor in front of goals.

Beating Ilemona in their last game, Offa boys knew they would face serious battle against Ira in the final, but they came out victorious at the end of the day.

Despite the result of the final not going their ways, Ira people were in joyous momentum and thanked their son Bashir Badawiy for organizing the competition.

Badawiy who organized the tournament in honour of his boss Governor Abdulrahman thanked fans and all the communities who participated.

“Congratulations to Offa even though I am not happy that they beat my town in the final, but it’s a good development and we will work hard to sustain the competition.” the Kwara United GM explained.

Meanwhile, Badawiy will now turn his attention to Kwara United’s NPFL game against Heartland which will this coming Sunday in Owerri.