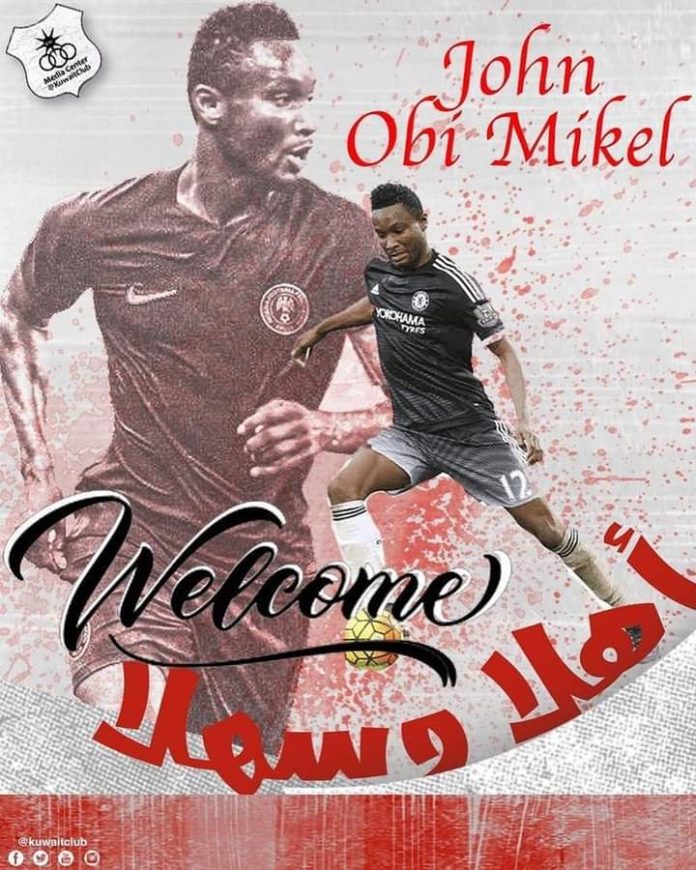 The Club via their Twitter page confirmed the capturing of the former Chelsea Star on a one-year deal from Stoke City.

The deal takes Mikel back to Asia where he spent two years with Tianjin Teda after he joined the Chinese side following his departure from Chelsea in January 2017 bringing to an end a twelve years union with the West London side where he won two Premiership titles, four FA cup, one Champions league and Europa league title.

After leaving China, Mikel had spells with Middlesbrough and Trabzonspor before signing for Stoke City last summer where he made 41 appearances and provided one assist for Stoke City as they finished 14th in the English Championship last season with 60 points from 46 games.