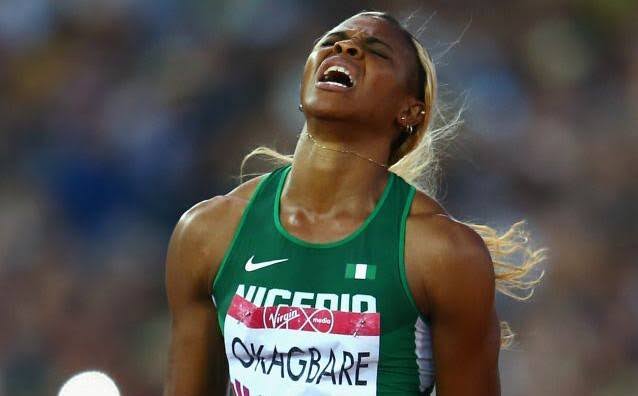 Blessing Okagbare quest for justice after being handed a four year banned by the World Athletics (WA) after failing an out-of-competition test at the Tokyo 2020 Olympics was unsuccessful, however reports suggest she might return before the 2024 Paris Olympics.

The U.S.-based sprinter was thrown out of the Tokyo Olympics Games on the eve of the semifinals of the women’s 100m after testing positive for human growth hormone.

The Athletics Integrity Unit (AIU) however revealed that Okagbare failed an out-of-competition test taken on July 19. She appealed against the suspension immediately, insisting on seeing the result of her B Sample.

According to the Guardian, Okagbare, a medallist at the Beijing 2008 Olympics, was allegedly handed four-year ban after the result of her B Sample came out with the same result.

“Okagbare started her four-year ban long ago,” a source close to World Athletics (WA) said in a chat with The Guardian. “It is just unfortunate Blessing Okagbare found herself in this mess. When the result of her A Sample came out, Okagbare had the option of accepting it, which could have seen her ban reduced to two or three years, but she insisted on her B Sample. I pity her though, but WA wants all athletes to compete and win clean Okagbare’s ban may elapse before the Paris 2024 Olympics,” the official stated.