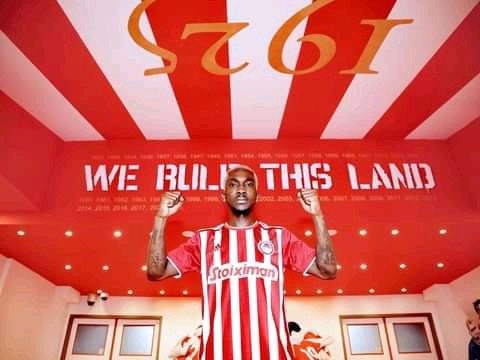 Olympiacos announced via their official website that the 24-year-old has penned down a four-year contract with the Greek league champions.

“The Olympiacos FC announces the acquisition of international ace, Henry Onyekuru, the Nigerian, born on June 5, 1997 in Lagos, was acquired by Monaco while signing a four-year contract,”reads a statement on the club’s official website.

Oyekuru joined Everton in 2017 form Belgian Pro League outfit KAS Eupen in 2017 a season where he scored a whopping 30 goals in 60 games with the Belgian side which attracted interest from several clubs with Everton being his preferred destination.

He however couldn’t play having been denied the UK work permit which ensured he went two loan spell at Anderlecht and Galatasaray before joining AS Monaco where he played for half a season before embarking on further loans spells with Galatasaray where he ended up winning the championship and a league Cup.