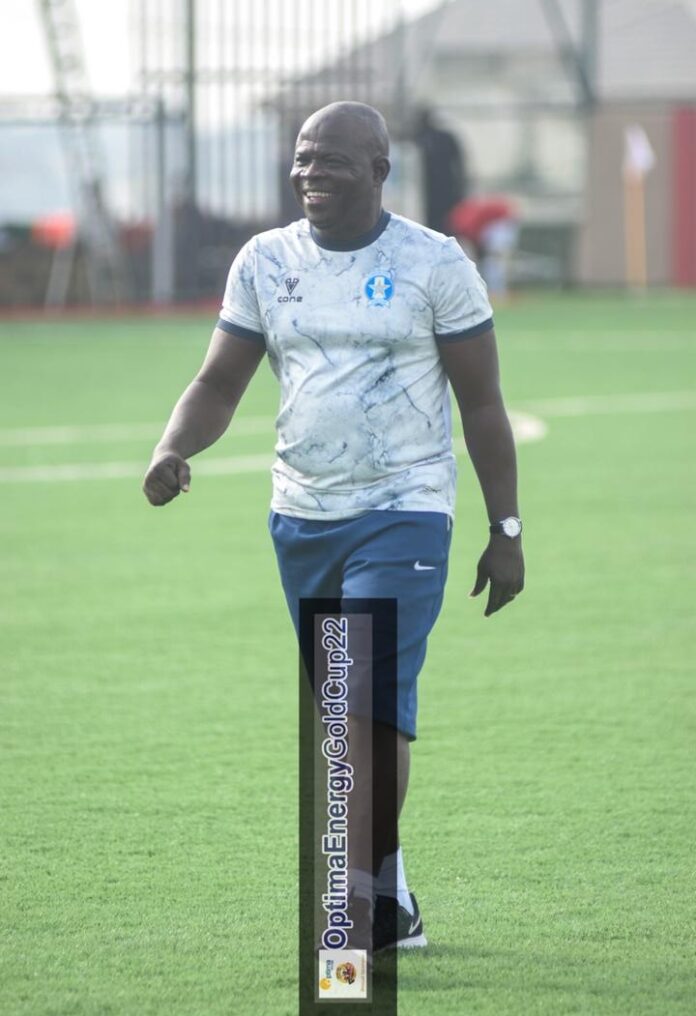 3SC and Ogunbote entered the prestigious preseason tourney history books, for having reached the final thrice while the Oluyole Warriors is the third team ‘The Oracle’ has guided to the final after Remo Stars and Sharks.

Ogunbote said after Shooting Stars gunned down their derby rivals Sunshine Stars 3-1 in the semifinal.

“I will not want to win the trophy to becloud the purpose of the preseason tournament, which I have always said was meant to sharpen my team.

“We will play Remo Stars like other teams we have played but because a trophy is involved, we take the shots at winning it.

“3SC will get it right in the final on Independence Day and won’t be third-time unlucky.”

Ogunbote also poured praises on the organizers of the Optima Energy Gold Cup for hosting a hitch-free tourney, which is in its 10th edition.

“I want to sincerely appreciate the organizers of the Optima Energy Gold Cup for hosting a near-perfect preseason tourney.

“They may not understand the favour they have in the last 10 years been doing to coaches”.

In the semifinal game against Sunshine Stars.

“My team was careless conceding that goal with less than five minutes to halftime. They know what my standard is, you can’t give away a penalty and you expect that everything is okay.

“The response in the second half was good as we got two more goals. For me, my team is still a work in progress and can get better in time for the new NPFL season.”