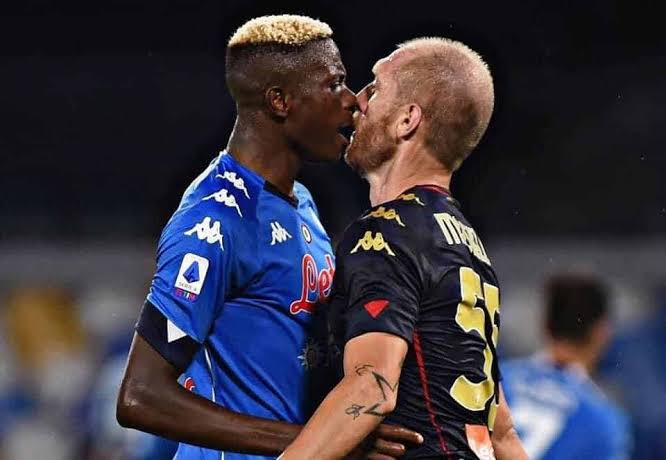 Napoli star Victor Osimhen has reportedly been sanctioned for simulation by a Sport court based in Naples, Owosports.com.ng reports.

According to www.Brila.net, The Nigerian International was fined €2000 by the court for trying to trick the referee into awarding a penalty for Napoli against Cagliari at Diego Maradona stadium on Sunday.

Osimhen went down under a light touch in the box on the 66th minute and bagged a yellow for simulation, but the court believes the punishment was not enough.

“For having simulated, having been subjected to a foul intervention in the opponent’s penalty area in the match against Cagliari at San Paolo,” read the statement as published www.calcionapoli24.

This is the second time Osimhen will punished for indiscipline this season. Recall he was also sent off in Napoli’s first game of the season against Venezia.

The striker has been in great form for Napoli this season and the Super Eagles Star is expected to be cautious in his behavior on the pitch to avoid further punishment from the match officials and football authorities in Italy.