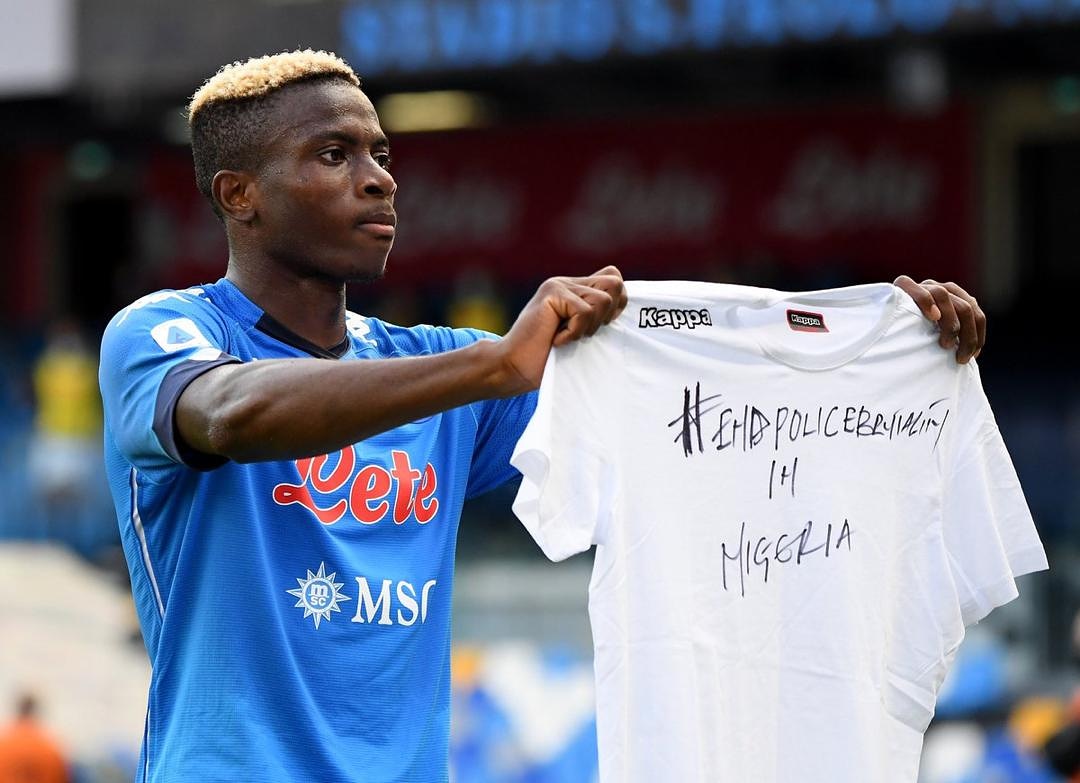 Victor Osimhen scored his first official goal for his Serie A side Napoli in their 4-1 win over Atalanta in one of the Serie A crucial game of the week.

By extension, one can guess that the #EndSars protest might had inspired Osimhen to his first goal for Napoli in his third appearance for the team.

Nigerians have continue to protest the need for reformation of the country’s police force among all other demands which resonate with the good governance in the country.

The Super Eagles of Nigeria Striker on his twitter handle after the game was full of praise to God.

“Having accomplish all I thought was impossible for me through GOD, now I know better, time for some limitless goals and desire. GOD is the greatest we move #endpolicebrutality #forzanapolisempre.

“Since the start of the season, Osimhen has now contributed a goal and an assist in three league matches for the Partenopei”, the club official website posted.

The highest paid African player netted the fourth goal in a comfortable win that moved Napoli to third on the Serie A table with eight points after four games.

The service of the gangling striker was missed during the Super Eagles international friendlies recently. Many believed that his presence would have help the country score more goals and leave good impression in the mind of the people.