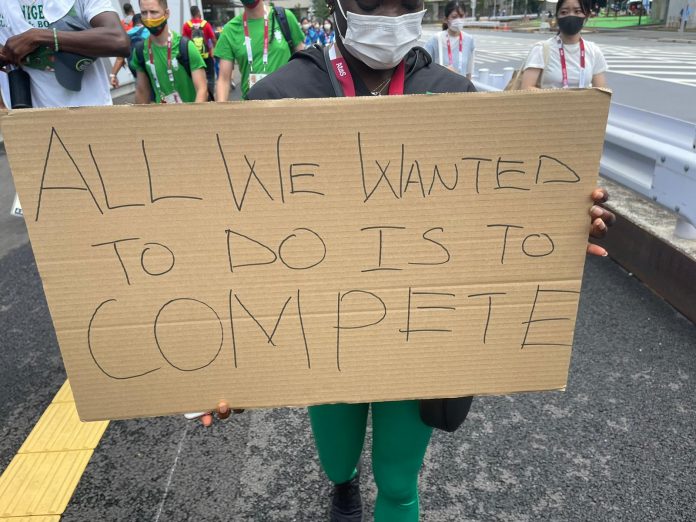 Drama as disqualified Nigerian Athletes have Storm the Streets of Tokyo to Protest and demand justice after their disqualification from participating in the Tokyo Olympics games.

Recall that on Wednesday 28th of July 2021, 20 athletes were banned from taking part in the atheletic events of Tokyo Olympics by the Atheletic Integrity unit (AIU) after they failed to meet requirements for the anti-doping test, with Nigeria being the most affected County after seeing ten of their 23 Athletes being disqualified.

The protesting athletes carried placards with the inscription “Why should we suffer for someone else’s negligence”, “All we wanted to do was compete” and “We are not just alternates but potential medalists.”

Owosports.com.ng also garthed that the athletes have also been denied access to their Samsung phones given to them by the 2020 Tokyo Olympics Committee as part of their Souvenir.

We still awaits an official statement from the office of the Minister for Youth and Sports Development as regards to the latest development.