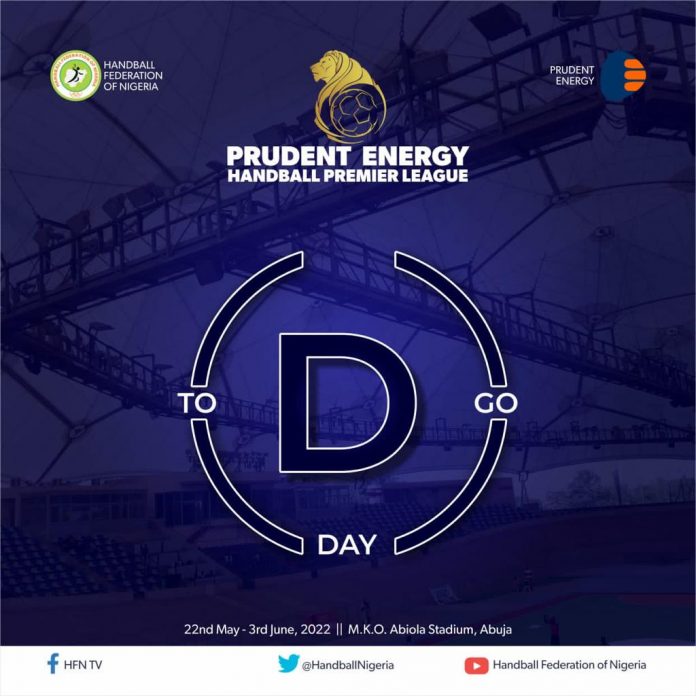 Teams are already converging at the Moshood Abiola National Stadium in Abuja amidst other activities surrounding the league as the Technical Committee of League will conduct seminars and technical meetings for team officials, coaches, referees and others including but not limited to the media.

Meanwhile, the first phase of the top tier Prudent Energy Handball Premier League 2022 will see defending champions Kano Pillars and Safety Babes defend their title in the Male and Female Categories respectively against twenty other teams as matches will shoot off bright and early on Monday morning.

Kano Pillars will begin their defence of the Prudent Energy Handball Premier League title as they face Police Machine in the Male Category on match day one.

Still on the Day 1, promoted team Benue Buffaloes will have their baptism of fire against Lagos Seasider Boys while Confluence Stars will open their Prudent Energy Handball Premier League campaign against another Lagos side Tojemarine.

Former Champion Niger United will play hope to get back to reckoning as they slug it out with Kada Stars while 2020 champion Safety Shooters will play Owena Kings.

Defending champion Safety Babes will open their defence of the Prudent Energy Handball Premier League against Seasider Babes of Lagos while experienced Imo Grasshoppers will play newly promoted team Benue Queens.
Adorable Angels of Ilorin and Plateau Peacocks will slug it out in what is the battle of the former champions.