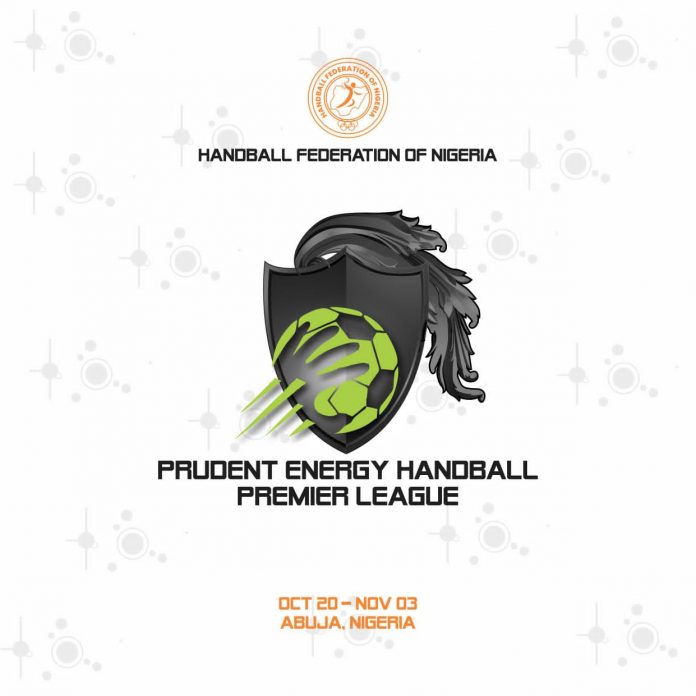 All is now set for the commencement of the Prudent Energy Handball Premier League 2021.
The top tier handball league, which will commence on October 20, through to November 4, 2021 will hold at the Indoor Sports Hall, Package B of the MKO Abiola National Stadium in Abuja and plans are in top gear for the competition which will bring 22 teams to compete on round robin basis for a chance to win the league.

Secretary General of the Handball Federation of Nigeria (HFN) Alhaji Maigidansanma Mohammed has urged teams to conclude their registration before the weekend after the newly inaugurated board of HFN led by Mr. Samuel Ocheho granted an extension to teams yet to conclude transfer formalities before Friday, October 15th 2021.

“It’s going to be a better competition than last season and that is why I urge participating teams to ensure that they complete their transfer registrations so that there won’t be any hitches ahead of the commencement of the league”. Alhaji Maigidansanma said
President of the Handball Federation of Nigeria (HFN) Mr. Samuel Ocheho has promised that the league, in its fourth edition, will be better than previous editions.

While thanking sponsor Prudent Energy and Services Limited, he also stated that the aim is to ensure they keep discovering young players and help them maximize their potentials and the league is a great avenue to do just that.
“The Prudent Energy Handball Premier League 2021 will be better than previous season and for us a a federation we thank Prudent Energy And Services for keeping faith with us for the past four years” Ocheho said.

” This will afford us the opportunity to continue the discover new talents with great potentials and helping them to maximize it.
We will not relent until we do so”. Ocheho concluded.
Twenty two teams (12 teams for men and 10 teams for women) would participate in the league in round robin basis just as last year as the league is in one phase.

All matches will be shown live online on HFN TV or Facebook and Handball Federation of Nigeria YouTube channel.