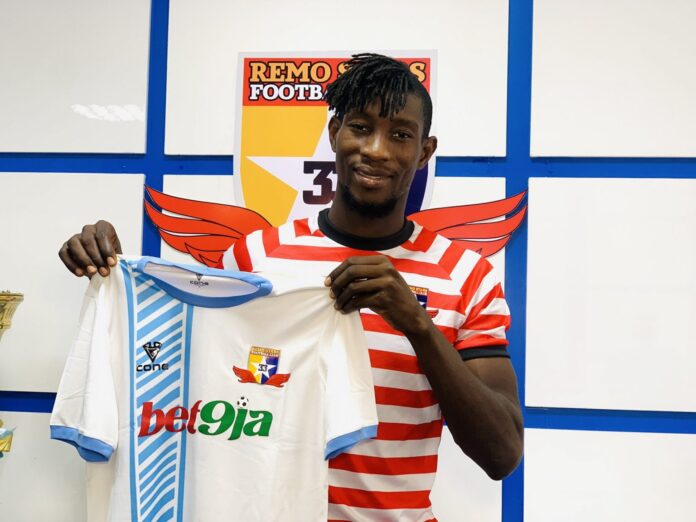 Kwame played an important role for AS Douanes in their defeat to Kwara United in the preliminary round of the CAF Confederation Cup last month.

Kwame, who is seen as a journeyman after playing for sides from Lome Togo, Ankara Turkey, Antwerp Belgium, Gandia Kishinev back to Lome then Niamey in the Niger Republic expressed his satisfaction with the move on the club’s official website, saying that the stadium’s amenities bring to mind his first move to Turkey.

“I’m happy to be here and ready to give my all.

“I am impressed with the club facilities as it reminded me of my first professional contract in Turkey,” Kwame stated.

To provide some competition for Nigerian Kayode Bakare, the Sky Blue Stars’ first-choice goalkeeper, they have also completed the signing of Cameroonian goalkeeper Charles Tambe from NPFL club Shooting Stars.

Segun expressed his excitement at joining the Ikenne-based club on the club’s Twitter account saying that his eagerness to take on the task.

Nigerian Center back Oluwasegun Olalare, who arrived from Shorting Lagos, is another newcomer.

The former Shorting Lagos defender said he is happy to join the team, stating that he is up for the challenge.

“It feels so good to be here because this is a club I’ve been eyeing for a while now”.

“I’m fully prepared, ready for the new season and looking forward to it”, Segun said.

The Ikenne based club also announced the signing of winger Godwin Odibo from Ikorodu City.

Daniel Ogunmodede’s side was knocked out of the CAF Confederation Cup in the preliminary round by AS FAR Rabat of Morocco.