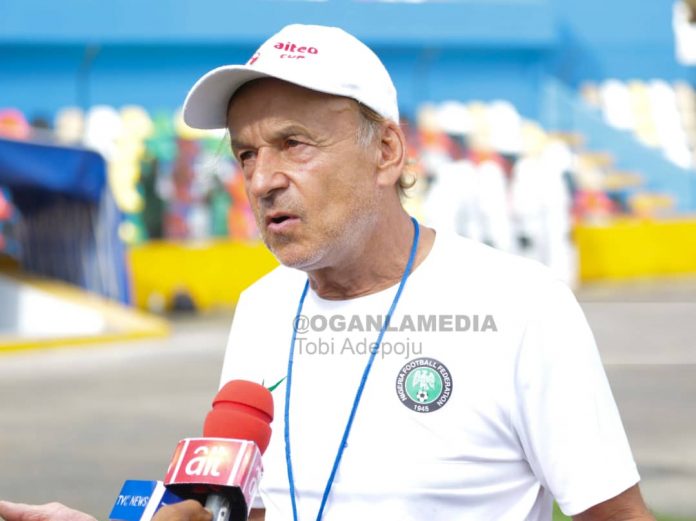 The AFCON 2013 champions top Group C having secured a maximum of 3points after beating Leon Stars of Liberia 2-0 on Matchday One in Lagos on Friday last week.

Rohr who spoke after the Super Eagles training said: “It’s a different pitch because we are not used to playing on a synthetic one, some of our players have played on this pitch before when they were playing in Nigeria but they are now in Europe.

“We trained in Lagos on a synthetic pitch, but this one is softer and this is better to play on. We have to change the team, we have only 19 players available for this game and we have some problems and it’s a challenge.

“I trust these boys that will play for the first time for the Super Eagles, Cape Verde wants to win because they drew their first game. We have been preparing since we were in Lagos, but Cape Verde had more days to recover. It will be a physical challenge, but we will be ready.”

The Franco-German also talked about Cape Verde tactics: “They like to play quickly in the attack, they have wonderful players like Mendes, they have players in France and they have offensive players. They like to set up with three at the back and we know they like to defend, but we have our idea and we have our tactics to score goals and win the game. I know it won’t be easy with our situation, but we are a super commando, and we have to show our fighting spirit.”

On a possible harsh and hot weather on Wednesday, “It will be hot, but we have to adapt and give our best,” said Rohr.