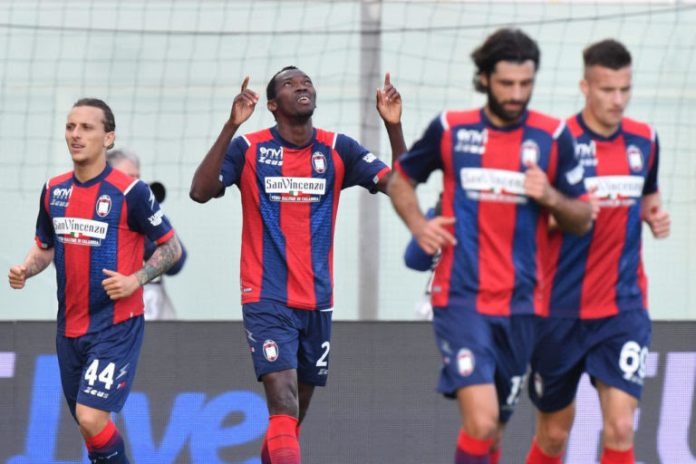 Newly-promoted Italian serie A side Salernitana have reached an agreement with Crotone for Nigeria international striker Nwankwo Simy in a deal reported to be in the region of €6m.

According to report from Sky Sport Italia, both clubs have reached a complete agreement during today’s telephone meeting.

The transfer is worth circa €6m, including bonuses and add-ons.
Simy scored 20 Serie A goals in 38 games for Crotone last season, but was still unable to prevent their relegation.

He had been heavily linked with numerous clubs abroad, including in England, Spain and Germany, but the 29-year-old was determined to remain in Italy, where he has lived for many years.

Torino had been mentioned, but Salernitana secured Simy to lead their attack upon their promotion to the top flight.

He is now expected to undergo a medical over the next few days.

Simy joined Crotone in 2016 and leaves after 66 goals in 159 competitive appearances, making him the club’s all-time top scorer.