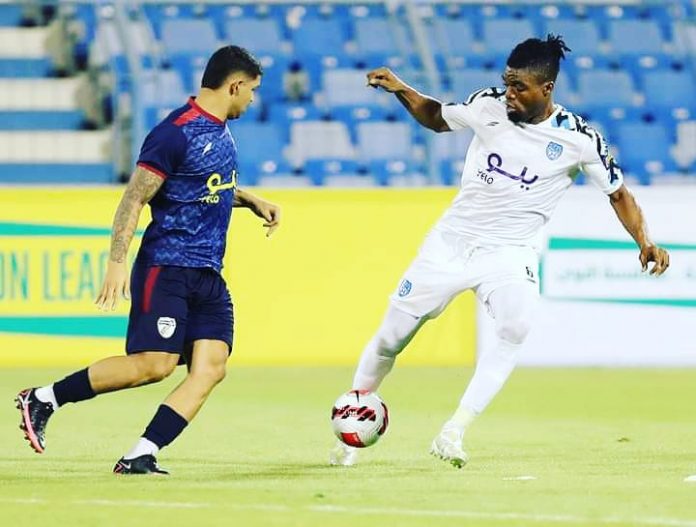 Nigeria International Ifeanyi Anaemena who recently moved to Saudi Arabia where he joined Al Nahda FC from Rivers United has disclosed how competitive and demanding football there is.

In a chat with Owosports.com.ng, Anaemena who has featured in two games since moving to the Oil rich Nation described how difficult and quick the league is.

“The league here is tough”, the former Enyimba skipper said. He further described the league as being “Quick with high intensity”.

Ifeanyi Anaemena who joined the club from Rivers United upon his arrival has featured in two games where he helped them to a draw and a victory which placed them sixth on the league standings with four points.

Anaemena began his professional career in the Nigeria professional football league league (NPFL) with Giwa United he then moved to Enyimba Football club where he won two NPFL titles in 2015, and 2019 respectively.

He also captained of the Peoples Elephants before leaving for Rivers United last summer where he signed a one year deal with the Pride of Rivers.