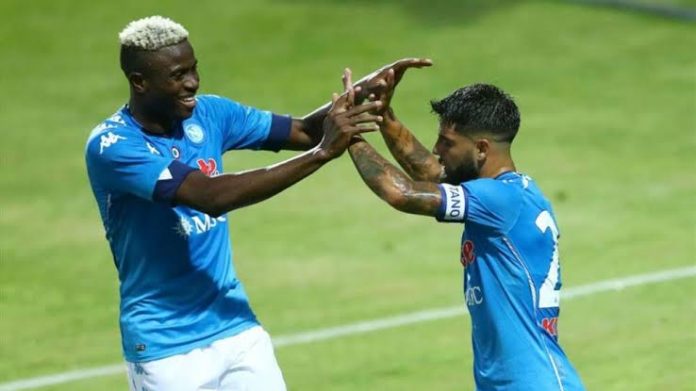 Victor Osimhen opened his 2020/2021 Serie A goal account as Napoli maintained their perfect start to the season with a rampant 4-0 victory at Udinese on Monday, making it four straight wins to lead the standings.

Victor Osimhen broke the deadlock in the 24th minute, getting the final touch on the line after Lorenzo Insigne had lofted an effort towards goal, while Amir Rrahmani added a second 11 minutes later from a well-worked free kick.

Defender Kalidou Koulibaly got the third seven minutes into the second half with another fine finish as Napoli threatened to run riot.

Substitute Hirving Lozano added the fourth as he curled a sumptuous efforts into the net late on to put the icing on the cake.

The result moved Napoli above champions Inter Milan into top spot as the only team with a 100% record, while Udinese’s first loss of the season leaves them eighth with seven points.

Meanwhile Isaac Success who joined Udinese from Watford wasn’t consider for the tie.