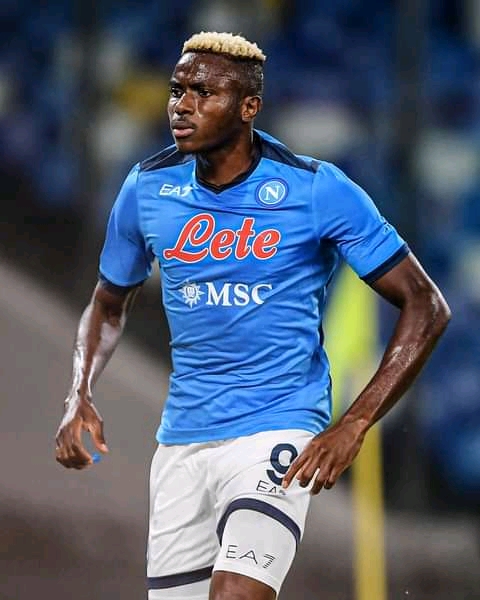 Victor Osimhen continued his brilliant goal scoring streak as Napoli maintained their perfect start to the season with a 2-0 home win over Cagliari on Sunday, Owosports.com.ng reports.

Luciano Spalletti’s side are two points clear of AC Milan in first place after enjoying a perfect start to the league campaign, recording four clean sheets in six games.

Osimhen fired home the opener from six metres after 11 minutes, his sixth goal in his past four appearances in all competitions before winning a penalty in the second half, which Lorenzo Insigne converted to double the hosts’ lead.

Osimhen got into the referees book in the 66th minutes before being given a standing ovation by the Stadio Diego Armando Maradona crowd when he was replaced for the final 13 minutes.

It is the second time in Napoli’s history that they have started the season with six wins in a row after the 2017-18 campaign, when they finished as runners-up.

Cagliari reamains winless having picked up just one point from three games since appointing former Napoli coach Walter Mazzarri earlier this month, are 19th in the table with two points.