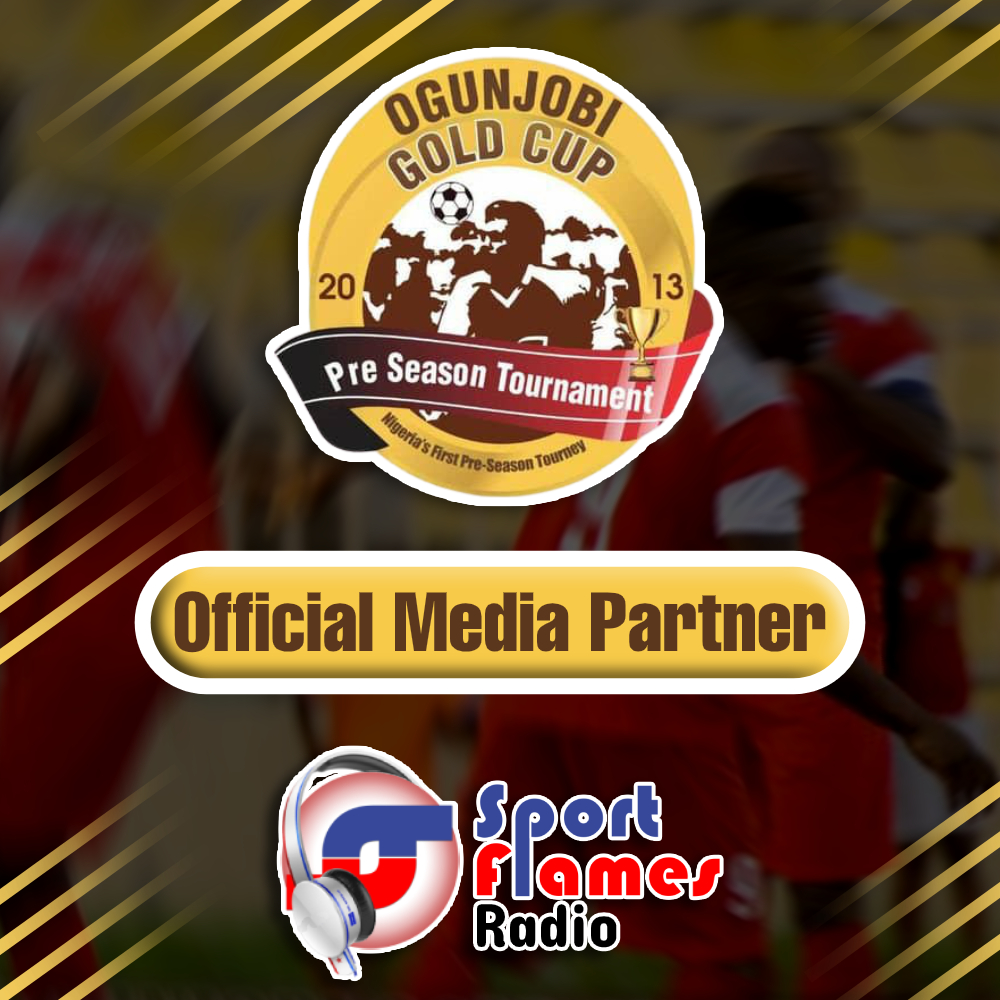 SportsFlames Radio, is an online platform based in Lagos.

Ogunjobi Gold Cup General Coordinator, Tunde Shamsudeen said, “We’re delighted to have SportsFlames Radio as part of our media channels as it’s first of its kind in the history of pre-season tourneys in Nigeria.

“Fans who have also been restricted from the stadium owning to the National Center for Disease Control (NCDC) guidelines to curb the spread of the CoronaVirus will get to listen to live games by logging on to SportsFlames Radio on the internet.”

SportsFlames Communications representatives, Olatoye Olawale, “It was necessary to have this partnership with the Ogunjobi Gold Cup as the organisers have done excellently over the years sustaining the pre-Season tourney.

“It’s been eight solid years as teams in the three teir leagues in the country use the platform to prepare for the season. SportsFlames Radio on it’s part will be adding value to the tournament as it will be transmitting live all matches from the Kwara State Sports Complex, Ilorin for its online listeners in Nigeria and diaspora.

“From here, we hope the partnership will go beyond this level as we foresee great things to happen in our league the near future.”

The 8th edition of the Nigeria’s First Pre-Season Tournament was earlier scheduled to kick off on Thursday October 29, but suffered postponment owing to the recent spate of violence and criminality which trailed the End SARS protest in the country.