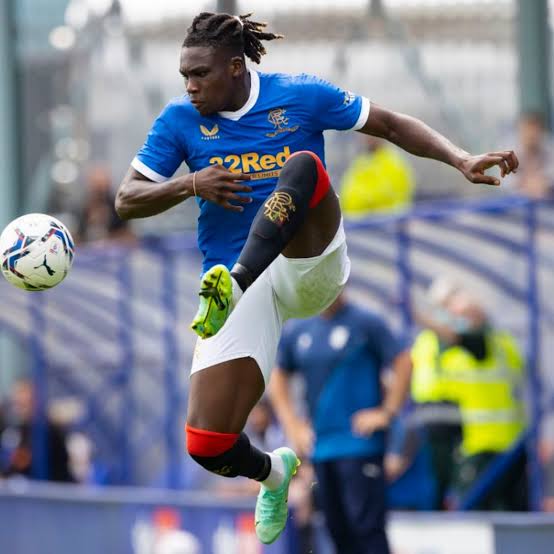 Ahead of the double header Qatar 2022 FIFA Worldcup qualifiers against Central Africa Republic on the 7th and 10th of October respectively, Coach Gernot Rohr has extended invitation to Rangers Glasgow of Scotland defender Calvin Bassey.

Calvin Ughelumba Bassey, 21, born on the 31st December 1999 in Aosta Italy, began his career at the age of fifteen with Leicester City after a successful trial and progressed through the club’s youth ranks, with regular appearances for the clubs’ under-18 and under-23 sides.

Bassey moved to Rangers in the summer of 2020, he made his professional debut on the 9th of August 2020 in a Scottish Premiership match against St Mirren as a substitute in a 3–0 win

He made a total of ten appearance last term to help Rangers Glasgow clinch the Scottish league title endings the season undefeated in the League.

Bassey tho born in Italy was eligible to play for Italy, England and Nigeria in the International level.

He will have to battle it out with Jamilu Collins and Zaidu Sanusi for a place as the Super Eagles first choice Left fullback heading into Africa Cup of Nations in Cameroon next year.