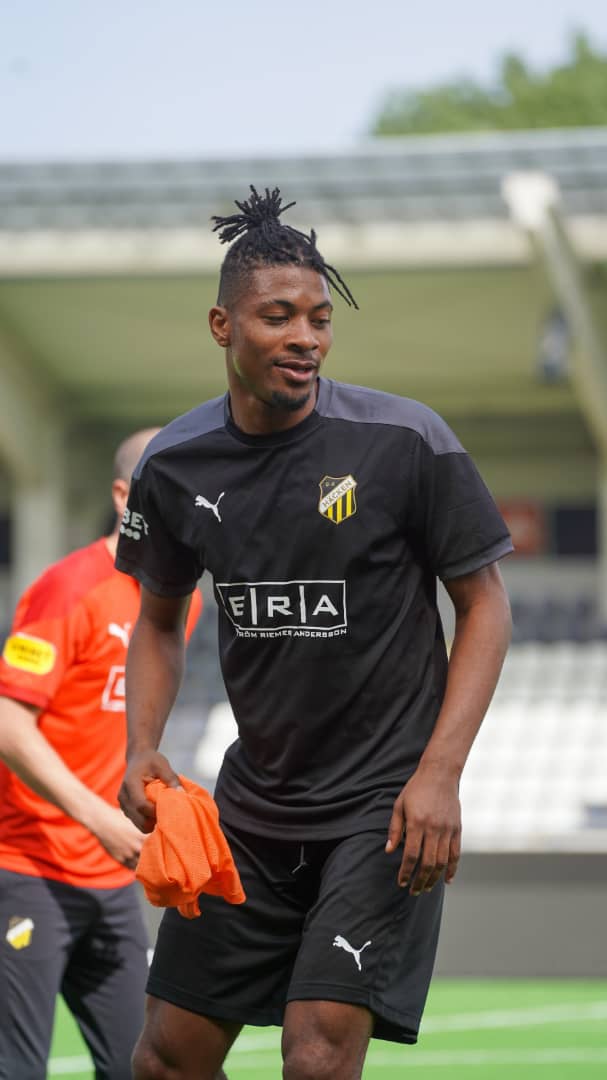 Nigeria B international Tebo Franklin is delighted to make his Hacken debut against Hammarby in the Swedish Allsvenskan on Sunday.

The 21-year-old climbed off the bench in the 36th minute to feature for his side in their 1-1 draw against Akinkunmi Amoo’s team at the Bravida Arena (Göteborg).

“It was a positive game. The team really did well and worked hard, I’m very happy,” Tebo Franklin told the Media.

​​”Just to play my first game here at the Bravida Arena, in front of the fans, that was probably the best occasion. Obviously, it’s a dream come true.

After a rather long wait for his maiden outing for the Wasps, the centre-back made his bow and was impressive.

“I’m very excited to have made my debut, it’s very important.

“I think we need to focus on the next game, fight hard together and I think we’ll go further. In terms of personal accolades, this is indeed a day to cherish for me and my family. Everyone has been waiting for my debut since my move to Hacken. I knew everyone was watching from all corners of the country. It was nerve-wracking at first, but I would like to thank my coaches and teammates for helping me settle. Their words of encouragement during the match helped me to play my football,” the defender continued.

“When we are on the pitch, we are all the same and we have to give our all.”

“Now that my first game is behind me, I hope to build on this game and work on getting more matches under my belt. At the end of the day, it’s one thing to play one match but to play consistently is a different ball game. It requires a lot more work,” he said.