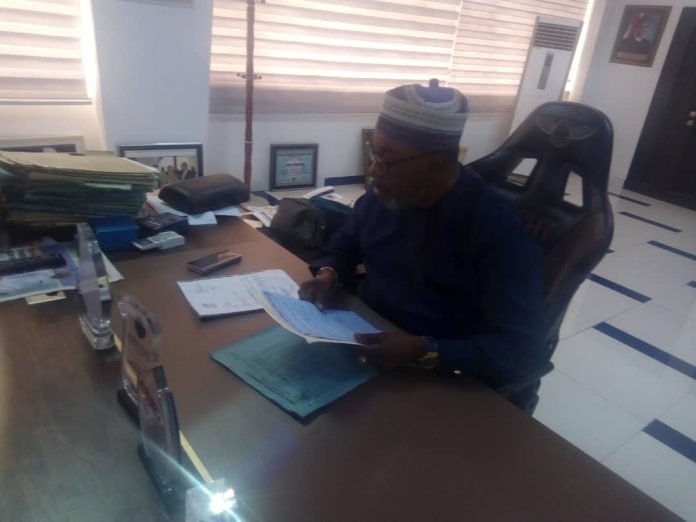 The President of the Athletics Federation of Nigeria, AFN, Chief Tonobok Okowa has charged Team Nigeria Athletes to the 2020 Tokyo Olympic Games to be focused and committed towards achieving the aspirations of over two hundred million Nigerians.

Chief Tonobok Okowa who gave the charge in Asaba said that the athletes must continue to strive for a podium place as they carry the hopes of every Nigerian asserting that the Nigerian spirit of never say die must be imbibed to attain the heights at the quadrennial sports fiesta.

The AFN President who is also the Executive Chairman of the Delta State Sports Commission said the Nigerians were solidly behind them saying the nation had not tested a podium finish since the Olympic Games in Sydney and urged the athletes to take Nigeria to its pride of place in international sports.

Some respondents said the athletes must give their all as the nation will join in prayers to ensure they excelled.

They said that though the preparations may not have been the best the new trend was encouraging as for the first time the athletes were given some level of support financially to enhance their preparations unlike in the past where they were left to cater for themselves.