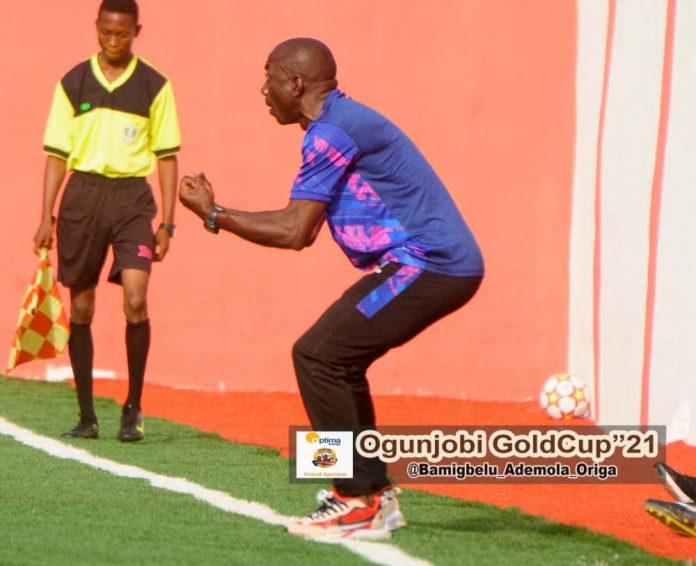 Niger Tornadoes and Remo Stars will rekindle their healthy rivalry when they go head-to-head in the first semi-final match of the 9th edition of the Ogunjobi Gold Cup on Thursday at the Remo Stars Stadium in Ikenne.

Recall when both teams locked horns at the last edition of Nigeria’s prestigious pre-season tourney in Ilorin, Tornadoes who were defending champions crashed out after failing to qualify to the semi-finals following a 2-2 draw with Remo Stars.

The Ikon Allah Boys needed to beat the Sky Blue Stars convincingly by 3-0, but it was not to be as they twice came from behind to share the spoils.

Bala, whose objective is to steer the Ikon Boys to a second Ogunjobi Gold Cup title win and see that his squad improve in all departments as the 20 NPFL teams countdown to the new season commencement, hinted that Thursday will be another good time to tackle the Sky Blues Stars.

“It is going to be a tough game against Remo Stars as we have a healthy rivalry against them in the Ogunjobi Gold Cup,” said Bala after Tornadoes trounce FC Ebedei 3-1.

“I expect a lot of fireworks in the match as both teams recently got promoted to the NPFL.

“My lads will be seeking a redemption against them having lost to them some weeks ago, irrespective of that, I have much confidence my players will come out strong despite the fact that the encounter is been played at their backyard and in front of their fans.”