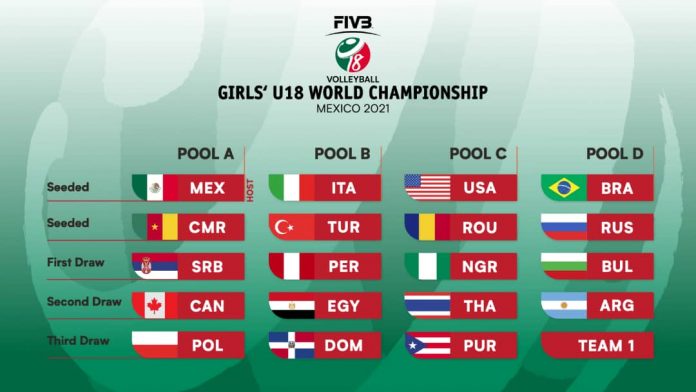 World Volleyball ruling body (FIVB) has released draws for the 2021 World U-18 Girls volleyball championship to be hosted in Durango Mexico, Owosports.com.ng reports.

In an online draw which was held on Monday to split the 20 teams that will participate in the competition into four pools (with one team still to be confirmed.

Nigeria will compete in Pool C alongside Romania, United States of America, Thailand, and Puerto Rico.

The last edition held 2019 in Egypt saw USA Italy and Brazil emerged as the top three best teams as they won gold, silver, and bronze respectively.

The 2021 FIVB World U-18 Girls volleyball championships is scheduled to be played from September 20 to 29.