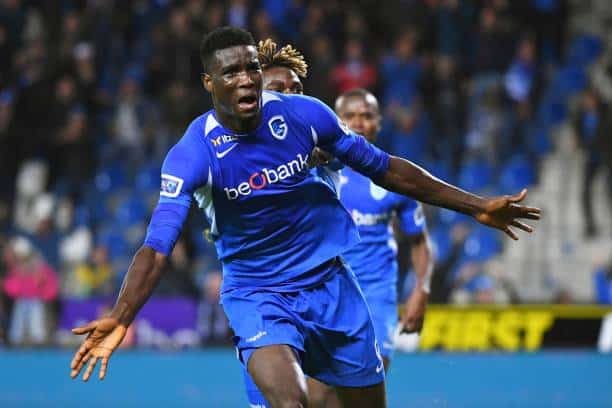 Paul Onuachu’s brilliant start to the new season continues as his stoppage-time strike earned Genk a 1-0 win over Rapid Vienna in their UEFA Europa League opener in Austria on Thursday night.

The goal was his fifth of the season, having scored three in the league and one in Champions League qualifying.

Onuachu played for the entire duration of the encounter in Vienna as he helped his Belgian team to a bright start to the UEFA Europa league 2021/2022 campaign snatching a late winner in Austria.

The results put the Belgian side second in Group H with three points, same with West Ham who lead the group on a better goal advantage after their 2-0 victory over Dinamo Zagreb who travels to Belgium for their second group game against Genk on September 30.