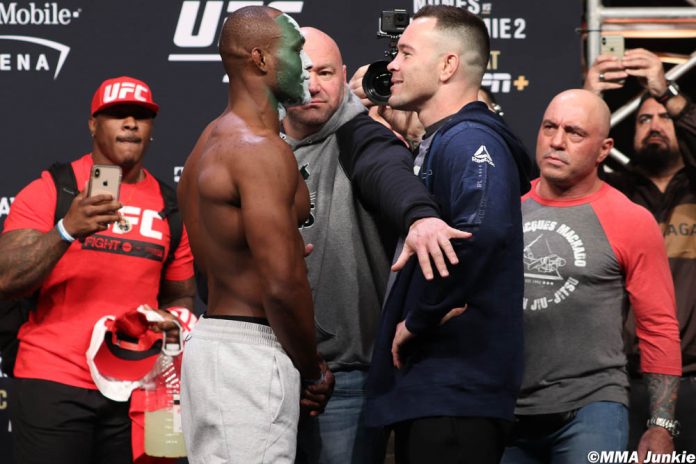 Nigerian Kamaru Usman has been lined up to take on America mixed martial act fighter Colby Covington in the Welterweights category of the Ultimate Fighting Championship (UFC) in November 2021, Owosports.com.ng reports.

According to UFC president Dana White, “welterweight champion Kamaru Usman and rival Colby Covington are in the promotion’s plans to headline a November pay-per-view in New York. The UFC boss revealed the news on Monday to broadcast partner ESPN.

“No specific date has been finalized for the event, expected to be UFC 268, though MMA Junkie has learned from a person with knowledge of the matchup the promotion is zoning in on Nov. 6 at Madison Square Garden. The person asked to remain anonymous as the promotion has yet to make an official announcement.

The fight will be a rematch between Usman and Covington who first faced off in the UFC 245 main event in December 2019, A back-and-forth brawl ended in Round 5 when Usman dropped and finished Covington with punches to retain his 170-pound title.

Since that time, Usman has defended his title three more times with two wins over Jorge Masvidal (one by knockout and one by decision), as well as a stoppage due to strikes against Gilbert Burns.

Meanwhile, Covington has re-solidified himself as the next title challenger with a fifth-round TKO stoppage due to injury against Tyron Woodley.

No other fights have been reported or rumored for the November pay-per-view event.