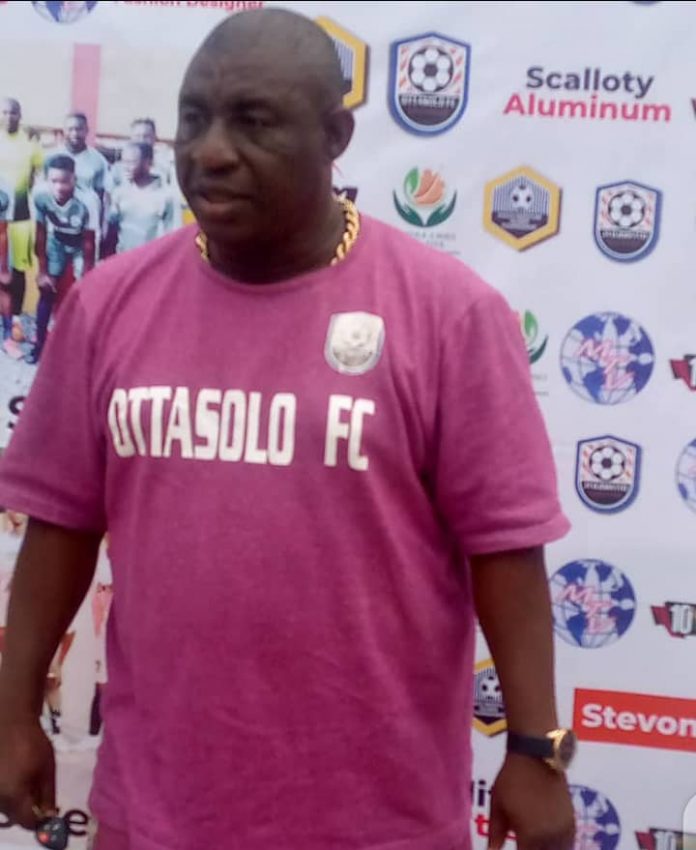 Ottasolo FC Chairman, Otunba Gabriel Davies who is also the brain behind and sole financier of Ottasolo Pre-season Tournament that is set to take place in Lagos has declared his readiness to host the best of Nigeria Professional Football (NPFL) teams in Lagos.

While speaking with Ottasolo Media, the former Stationary Stores FC of Lagos star gave an insight to what is expected at the tournament.

“Yes, we have decided to organize a prestigious pre-season tournament tagged “Ottasolo Pre-season Tournament” first of its kinds in the city of Lagos.

“We have put every necessary modality in place to prove our readiness to host the best of NPFL teams in the city of Lagos,” Davies declared.

“We have put this together in order to promote football and at the same time to provide an avenue for our NPFL teams that are already gearing up preparations to have a befitting competition ahead of the forthcoming season.”

“This pre-season will also serve as hub for talents discovery as foreign scouts from renowned clubs would be on ground to discover exceptional players,” he explained.

“About four NPFL teams have shown interest and we are still talking to more so that we can have more top teams on ground for the tournament.”

He further continued: “Our objective is clear, which is to promote football and create a platform for talented footballers to showcase their talents to the world.

“This is the maiden edition and we want to make it an annual event and we are sure of hosting a befitting pre-season tourney in the heart of Lagos City and all participating teams will surely have something to cheer with at the end of the tournament,” the ex Energy of Benin Republic star affirmed.

The Ottasolo Pre-season Tournament will take place from October 23rd to 30th at the Soccer Temple.

It would be recalled that Davies also featured for Nitel FC, Mogas 90 and Dragons during his playing career.