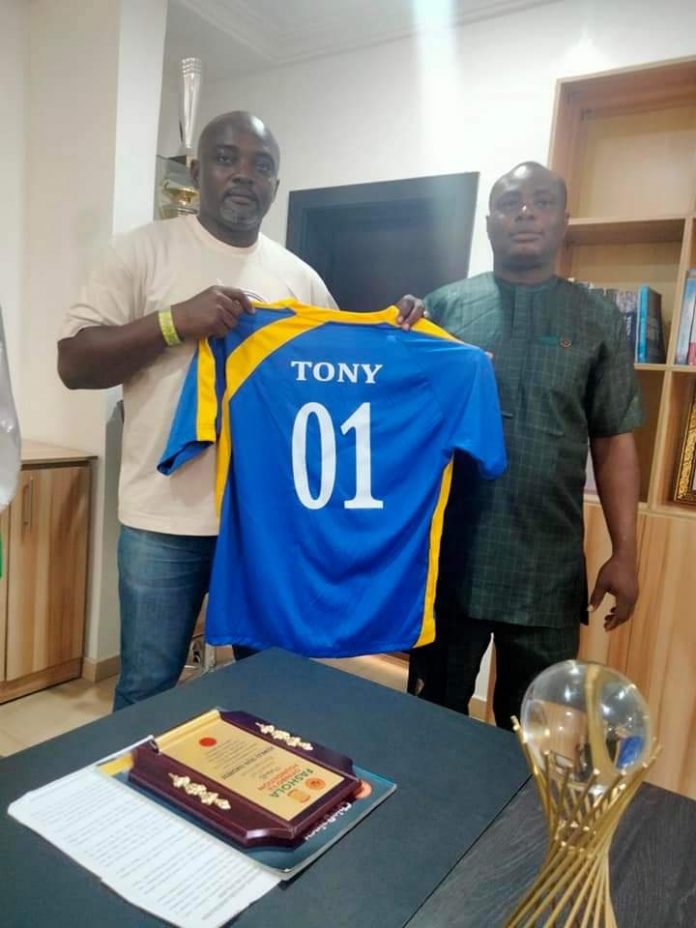 The Management of Crown Football Club, Ogbomoso, has appointed Anthony Encho as the new head coach of the club.

Tony a Cameroonian was until his appointment the Head Coach of Abubakar Bukola Saraki Football Club , Ilorin. He’s to take charge of Crown FC for 2021/2022 Nigeria National League (NNL) season.

The Cameroon National was unveiled on Wednesday morning, 17th November, 2021 at the office of the Oyo State Commissioner For Youth And Sports, Asiwaju Seun Fakorede.
The Honorable Commissioner advised the new gaffer to shun sentiment in his selection so as to achieve sterling results in the new Season and enjoined every member of Staff to buckle up for the new challenge.

The General Manager of the Club, Kunle Oyeleye appreciates the unflinching support of the Supervising Ministry under the hardship of the Honourable Commissioner , Asiwaju Seun Fakorede for the constant and untiring support for the Club. He promised on behalf of the entire team to churn in impressive results in the new Season.

Encho, who was born in Fiango Kumba, South-West Province, Cameroon, has a rich resume as he has a T-Licence in Football Coaching Education, from the Ministry of Tourism and Sports, Thailand.

He completed his CAF-C Licence in 2017 in Abuja and Advanced Certificate of Coaching from the National Institute for Sports, Lagos in 2018.