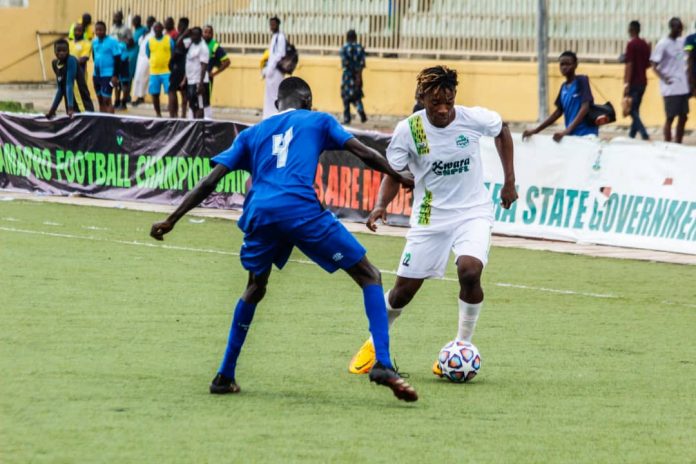 NPFL All Stars set up a date with NNL All Stars in the 2022 Amapro Football Championship final after beating Laycon FA 3-1 at Kwara Stadium Complex on Saturday morning.

Wasiu Jimoh nodded home a fine cross from Musa Afeez to put NPFL All Stars on the ascendency 10 minutes into the second half.

Defending champions NNL All Stars will face NPFL All Stars in the final after they overcame KFA 1-0.

Neither side were able to find the back of the net in the first 89 minutes, with the match almost heading to penalties.

Playmaker Ajiboye Moses popped up with a curler at injury time to stun KFA.