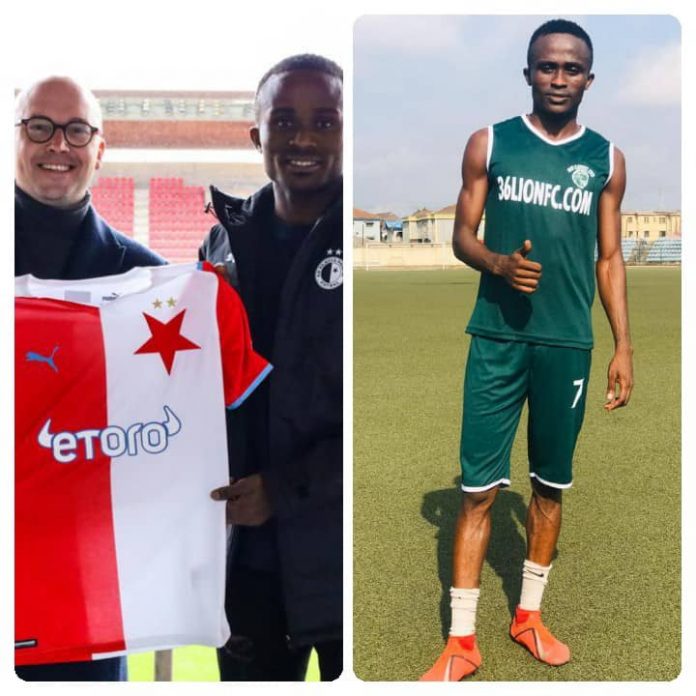 The contract will keep the former Nigeria youth international at the Sinobo Stadium until December 2026, and he joins compatriots Peter Olayinka and Ubong Ekpai.

He has the chance of playing in the UEFA Europa Conference League.

After completing the move, the attacker spoke of his ambition with his new side.

“I am very positive, both on and off the pitch and I am very much looking forward to this new challenge,” Sor told the Media.

“As a player I am versatile, I usually play as a winger but I can also play well in midfield and as a striker.

“My ambitions at the club? Help Slavia Praha beat Fenerbahce in the next round of UEFA Europa Conference League and of course become champions. I also want to win the League title too. We should aspire to that!”

Yira Sor developed his game in Lagos at 36 Lion before switching to Banik Ostrava in February 2021.

The 36 graduate made two appearances for the Nigeria team at 2019 U20 FIFA World Cup.

The transfer was a bit frustrating but one of 36 Lion European representative Mr. Hannes D’Hoop made sure all stones were turned. Mr. D’Hoop left Belgium and stayed in Czech Republic for two weeks until Collins Sor signed.

Collins Sor kicked his first ball at Family Love Academy in Port Harcourt owned by Jeremiah Atu Kalu before coming to 36 Lion where his potentials was maximized as a young speedster.