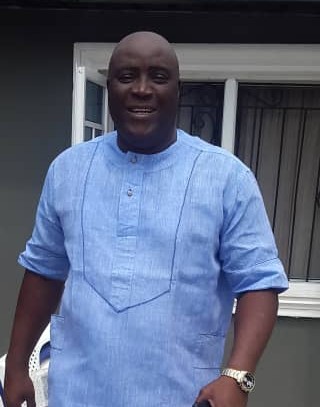 General Manager of Shooting Stars Sports Club (3SC), of Ibadan, Rasheed Shodiya Balogun, said the return of the Oluyole Warriors back to the Nigeria Professional Football League (NPFL), was made possible by the commitment of Oyo State Governorr, Engineer Oluseyi Abiodun Makinde.

The Ibadan soccer lorrds secured an emphatic six nil win over Ekiti United, to seal their place in the Nigerian topflight, courtesy of a brace each by NNL top scorer, Gafar Olafimihan and Olukokun Najeem and one goal each by Chinedu Enuademu and Anthony Okachi.

Speaking with the Shooting Stars Media after the NNL Super Eight Play off match, decided at the University of Nigeria, Enugu campus (UNEC), an elated Balogun, appreciated God for enthroning engineer Seyi Makinde, as the governor of the pace setter state at this point in time.

“What else can I say, after God, it is governor Seyi Makinde, who made this feat possible. I have worked with governors in the past but I can tell you that this man is unique.

“What this team is today and what we have achieved today, was by the grace of God, the determination of the team and of course, the full backing of His Excellency,Givernor Seyi Makinde, who gave us everything we needed to get the much sought after promotion ticket”, stated the astute football manager.

The former ACB of Lagos, Julius Berger, Sunshine Stars and Dolphins of Port Harcourt bigwig, also saluted every football stakeholder in the state, including football administrators, supporters, ex players of the Shooting Stars and the team’s numerous fans all over the globe for their patience and support.

“Names are too numerous for me to mention, but I appreciate everyone who stood by us through thick and thin. On behalf of the team, I say a big thank you.. This achievement is for all the good people of Oyo State and lovers of 3SC all over the world”, Balogun added

On his team, the 3SC boss said he was short of words to describe the Warriors who fought and conquer the battle.

“My coaches and my playersand all the staff have made me proud, they have my day. I can’t explain how grateful I am to these guys. They are simply fantastic”, he concluded.