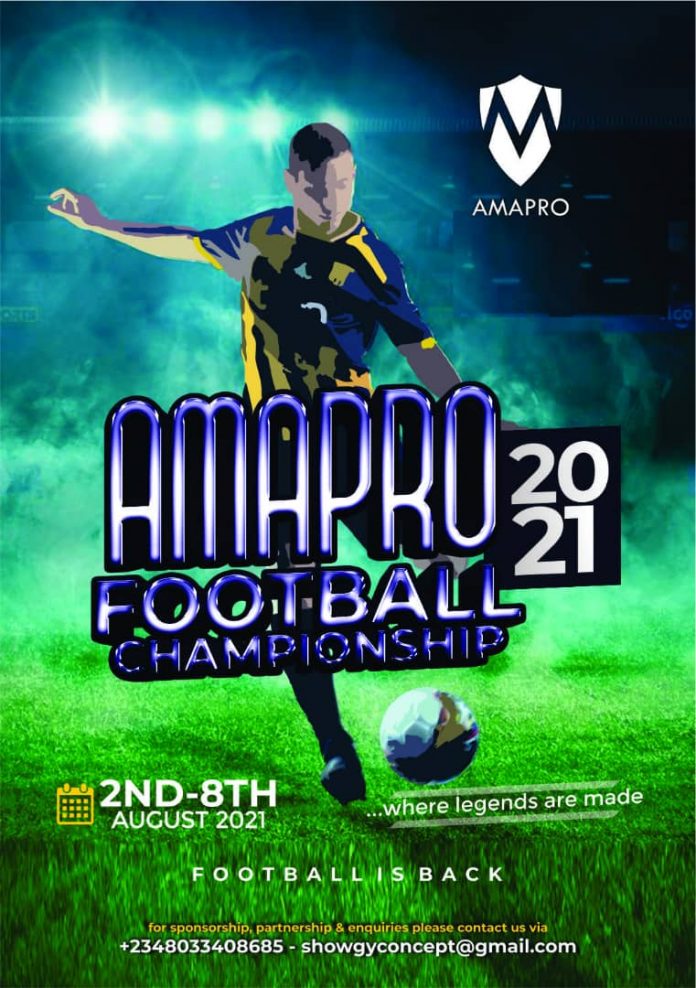 24 teams are set to jostle for honor and glory in this year’s AMAPRO Football Championship billed for 2nd of August in Ilorin.

The yearly football fiesta which has been organized to bridge gaps between the amateur and professional footballers is expected witness more talents to be discovered.

According to Mr Shogo Shodunnke who is the brain behind the championship, selected players from NPFL, NNL and NLO will hope to engage other non league sides as well as football academies for a week soccer event.

Shodunnke disclosed that this edition of AMAPRO Championship will also attract to football scouts and agents from all walks of life adding that more innovations will be added to the tourney.

He however expressed the organizer’s readiness to partner with relevant stakeholders to make the championship more memorable and glamorous.

The final of this edition will be decided on 8th of August, 2021.