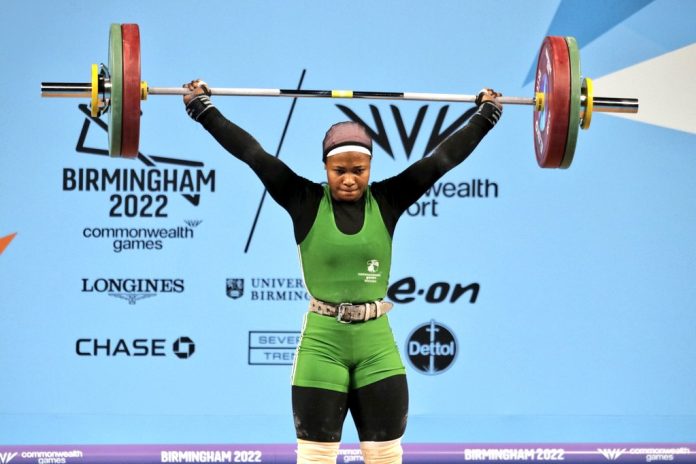 Despite Yusuf’s magical performance in the category, her 113kg, 116kg, and 119kg with a total of 212kg lift could only earn her Bronze in both the Snatch, Clean & Jerk.

She’s the third female and fourth Team Nigeria weightlifter to win a medal in the event after Edidiong Joseph Umoafia won bronze in the Men’s 67kg and the first gold medalist for Team Nigeria at the 2022 Games Adijat Adenike Olarinoye in the Women’s 55kg.

Peter did not advance to the quarterfinals, losing by Ippon (when an opponent’s back is thrown to the mat with considerable force and speed) to Northern Ireland’s Nathon Burns.