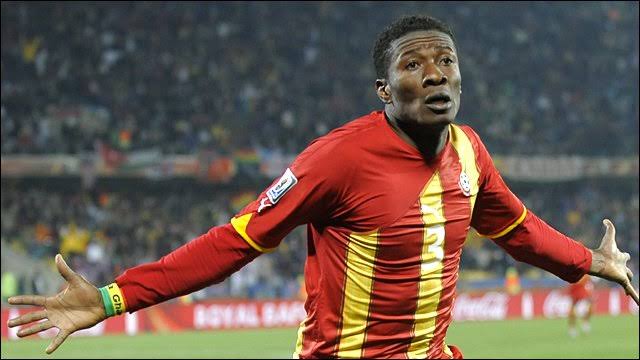 Ghanian Legend Asamoah Gyan has tipped the Super Eagles of Nigeria to win their fourth AFCON title at the ongoing African cup of Nations (AFCON) in Cameroon, Owosports.com.ng reports.

The former Sunderland and Rennes striker stated that the Super Eagles performance in thier one nil win over the Pharaohs of Egypt on Tuesday stands them out as the clear favorite to clinch the title in Cameroon.

“Yes, as of today Nigeria stands out as the team that has the will to conquer all opposition is going by what happened in the match against Egypt.

“Every other potential winner of the tournament seems to be playing with too much with caution and this explains why most of the matches have not been impressive. But when you look at Nigeria, they showed the character of a potential champion considering the way they dominated Egypt all through the 90 minutes.”

Asamoah Gyan who last played for Legon Cities FC of Ghana, won 109 caps for the Black stars scoring a total of 51 during that spell.