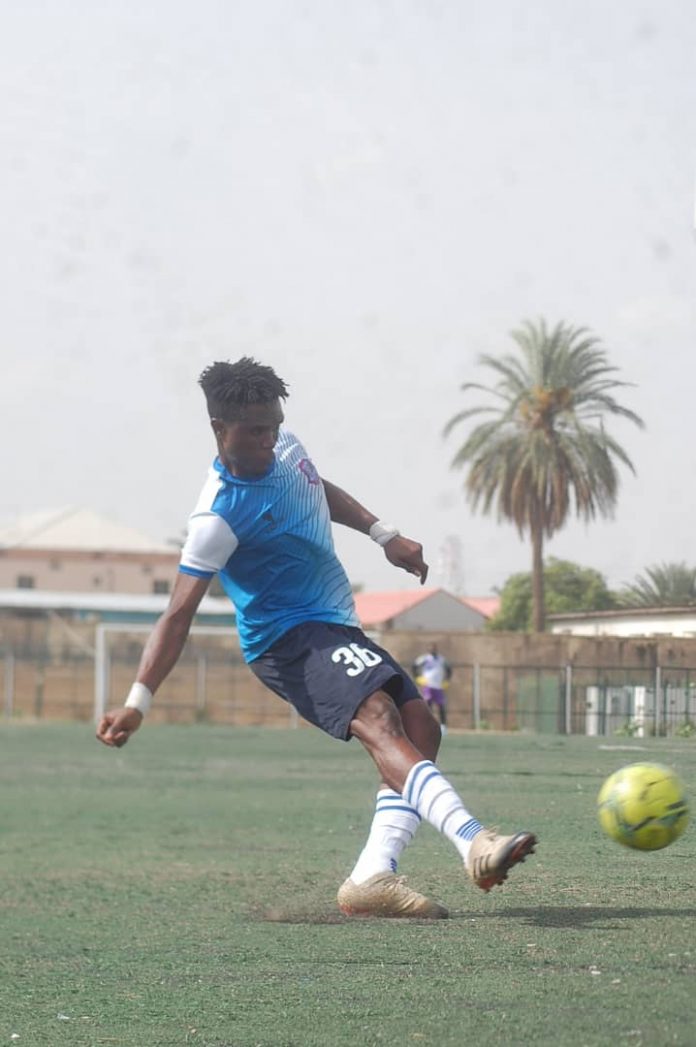 Having featured throughout the regulation time in 8 straight matches out of Niger Tornadoes previous nine , Mutiu Ayobami is set to miss third round of Aiteo cup against Abia Warriors billed for Makurdi on Wednesday.

Ayobami,who joined the ‘Ikon Allah Boys’ during the mid season transfer from Kwara United on loan has established himself as one of the force to reckon with in the Minna-based -side camp.

The right back who has three goal assist to his credit regret the fact that he is going to be missing the clash but believe,the team has been tactically and mentally fortified under the guidance of Coach Abubakar Bala.

“So sad! I am not going to be part of the journey due to some reasons best known to myself and the medical advice.
But I’m with the Ikon Allah boys both in spirit and mind, and I believe we will triumph” said Ayobami

“The Aiteo cup has always been a competitive game because of stunts and surprises that it entails-yet, Niger Tornadoes under the guidance of coach Abubakar Bala has astonishingly improved both tactically and mentally”

The former Gidado FA talisman stated that the team is always ready to take on whatsoever comes their way owing to their level of readiness and commitment of every single player and staff of the club.

“Our game is against Abia warriors and we won’t be budge because we see every opponent as fierce and important” he quipped.