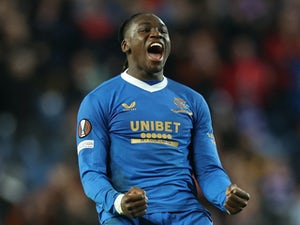 The Eredivisie champions have reached an agreement with the Red Devils to sell Martinez for a fee which could rise to €55m (£46.6m), and the Argentine has confirmed that he is on his way to Manchester to complete his move.

According to the Daily Mail, Ajax have proposed a deal worth £19m plus add-ons to Rangers for Bassey, while Brighton & Hove Albion have also held talks with the Gers and have tabled a £16m bid.

Meanwhile, a separate report from Sky Sports News claims that Ajax head coach Alfred Schreuder was impressed with Bassey after holding a conversation with the 22-year-old Nigerian defender over the phone.

The defender has also attracted interest from clubs in Serie A, the Bundesliga and former Rangers manager Steven Gerrard, who is now in charge of Aston Villa.

Despite interest from a number of clubs across Europe, it is thought that Rangers are relaxed over Bassey’s situation, with the Nigeria international under contract at Ibrox until June 2024.

Bassey joined the Glaswegian giants from Leicester City for just £230,000 in the summer of 2020 and he has since developed into an invaluable member of their first-team squad.

The versatile defender, who can play at either centre-back or left-back, made only 15 appearances in his first season at the club, but he elevated his game to new heights in the 2021-22 campaign, starting 45 of his 50 games across all tournaments under Giovanni van Bronckhorst.

Bassey particularly impressed in Rangers’ memorable journey to the Europa League final and was named in the competition’s Team of the Season.

As a result of Bassey’s notable rise over the last 12 months, Rangers now value the Nigerian at £25m and they will not entertain any offers from interested club below their asking price.

He has earned four caps with the Nigeria National team since making his debut in the FIFA Worldcup Playoffs against Ghana in March 2022.