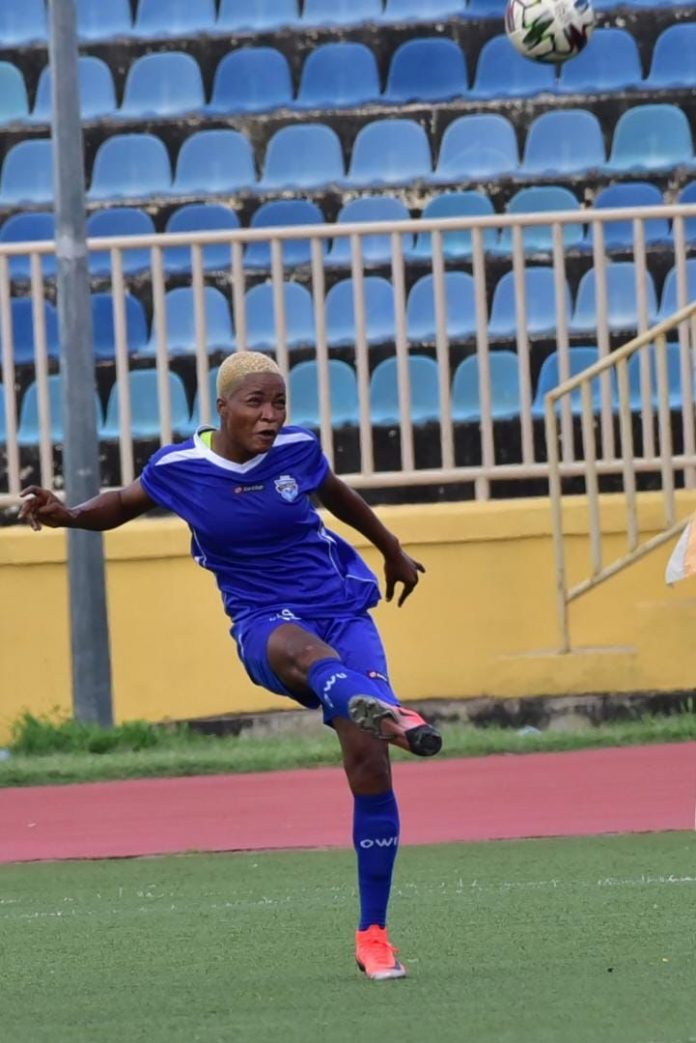 FC Robo were the losing finalist last year following a 3-2 defeat to Bayelsa Queens in an exciting final played at the Samuel Ogbemudia Stadium in Benin City Edo State.

Akinwande Kehinde put in a man of the match performance ensuring that nothing goes past her thereby helping FC Robo Queens secure a 2-0 victory over their opponent Edo Queens in the Aiteo cup round of 16 at the Kwara State Complex Stadium Ilorin on Thursday to reach the quarterfinal.

Reacting after the game the excited Akinwande Kehinde believed her team played below their standard but maintained she was satisfied that they got the needed victory to progressed to the next round.

“This is not our game we played below our standard because we were match rusty but we thank God for the victory we will work to improve in our next game”, She said.

She however revealed that their target individually and collectively is to go all the way to clinching the 2022 Aiteo Cup as she believed they are on track to achieving their goals.

“Individually, collectively as a team the target is to win the trophy, we were the runner up in the last edition so we want to push further and try to better that record this time”. She concluded.

FC Robo Queens of Lagos will next take on Royal Queens in the quarterfinal as they bid to secure a consecutive semifinal appearance in the Aiteo federations cup.