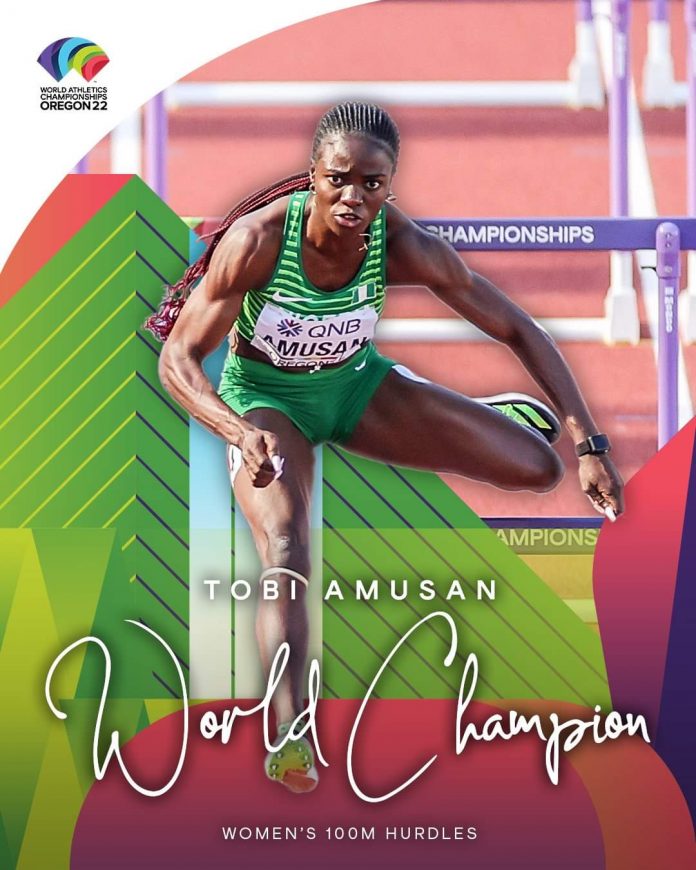 Nigeria new queen of track Tobi Amusan says it was a amazing to win the 100m hurdles and setting a new world record at the World Athletics Championships in Oregon, United States.

The track sensation ran the race of her life after she wiped out the world record in the semi-final as she clocked a time of 12.12sec, and powered to win the final in 12.06sec.

“It’s been a journey and am thankful to God for keeping me healthy I couldn’t be more thankful to come out here with a win and World record, it’s amazing,” she said after the race.

“Coming into the semis, I knew it was going to be competitive field, so the goal was to execute, so back in the finals , seeing the World record, I said yes! yes! I had to keep my composure for the final, that handled that pretty good, all thanks to God.”

Meanwhile, Danielle Williams (Jamaica) who set a Seasons best for herself in the semi final where Amusan murdered it, was full of praise for the Nigerian.

Asked after the race about Amusan’s victory, she said, “Tobi literally spoke it into existence…she wrote on a board, ‘incoming world record holder’ and to see it unfold today, I’m proud of Tobi.

“It’s a reward for everything that she has been through.”