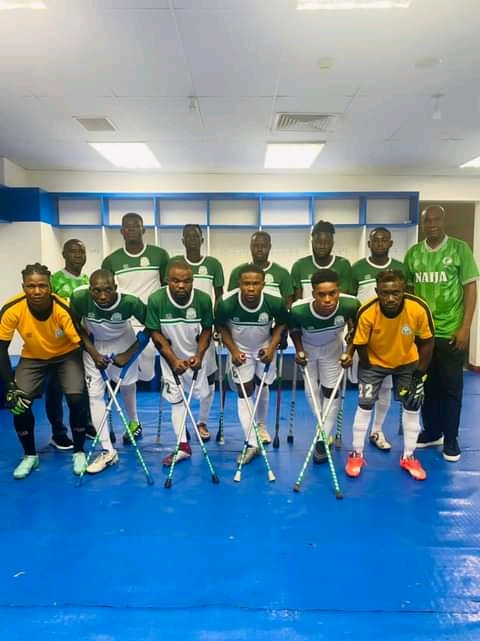 The Nigeria National Amputee team has returned back to Nigeria after participating in the just concluded Amputee Nations Cup. www.owosports.com.ng.

The team through Qatar Airways touched down the Muritala Muhammed International Airport in Lagos around 12 am on Tuesday having had a stop over in Doha,Qatar and Luanda in Angola.

Also known as Special Eagles,the team failed to reach the advanced stage in the tournament after losing their two group game matches.

In the first game, the team played a goalless draw with Egypt before losing 0-4 to Ghana in the second encounter.

Ghana would eventually go on to clinch the trophy after defeating Liberia 3-2 in the final.

Special Eagles had grappled with a lot of uncertainties and challenges going to the Nations Cup before the intervention of Federal Ministry of youth and sports which came to its rescue over the issue of camping, flight tickets and other logistics.

Their failure to replicate the standard which they set in the 2019 Nations Cup where they lost 2-0 in the final against Angola can’t be unconnected to their haphazard preparation.

Liberia have won three editions of the tournament, Ghana won two and Angola has one in their bag.