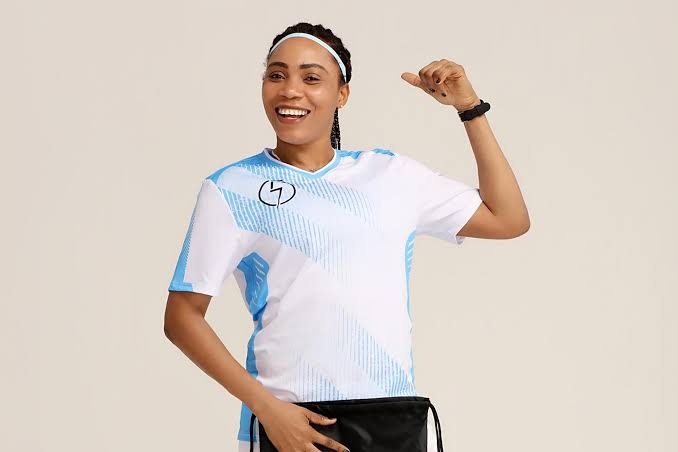 Super Falcons defender Onome Ebi is hopeful of serving Cote D’Ivoire in their own coin when both teams lock horns in February for the final qualifying round of the 2022 African Women’s Nations Cup billed for Morocco.

The Ivorian ladies stopped Nigeria ladies from taking part of the delayed Tokyo 2020 Olympics knocking them out in the first round of the qualifiers, an event which still hurts the veteran defender.

She however believed that the Falcons will be ready for the crucial tie as Cote D’Ivoire will meet a formidable Super Falcons side when both sides face off next year in the final qualifying round of 2022 African Women’s Cup of Nations (AWCON) in February.

According to tobexsports, Ebi spoke on behalf of the players as the country’s Senior Women National Team (Super Falcons) were set to round off a 9-day training camp in the Federal Capital, Abuja. The training camp that commenced on Monday last week would come to an end on Tuesday.

She said the pain of being eliminated from the qualifying series for the Tokyo Olympics by the Ivorians is yet to fully subside. “I can tell you that we still nurse the pain of missing out of the Tokyo Olympics as a result of the loss to Cote d’Ivoire in the qualifying series. This time, we will repay them in their coins. I want to play in the Africa Cup of Nations and the FIFA World Cup, and I know it is the same for my teammates.”

“I want to thank the NFF for this kind of camping which we have not had before now with the blend of foreign and home-based players. On behalf of everyone, we want to say that we enjoyed the camp. With this kind of camp, Cote D’Ivoire are going to hear from us as we are not leaving anything behind. We know what’s at stake as we all want to play at the AWCON and World Cup.”