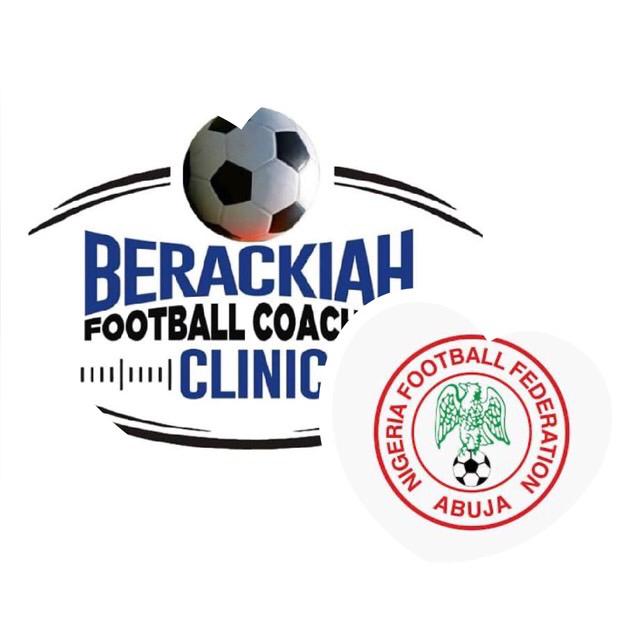 In furtherance of its efforts towards the success of the Berackiah/ALGON grassroots football coaching clinic, the management of the Berackiah Internationl has secured partnership with a digital network outfit called ‘Coachbetter App’.

The partnership according to Berackiah Boss, Mr. Wonders Nwigwe, said would help strengthen the essence of the project in the bid to improve the knowledge of the Nigerian Coaches.

Mr. Femi Abioye, the Africa representative of the digital network experessed his delight with the collaboration, which according to him will help raise the bar of the game.

In a similar vein, the agency have also reached a partnership agreement with the office of the Senior Special Assistant (SSA) on Youth Matters to President Muhammadu Buhari, Mr. Kurogha Felix in the development of grassroots football coaches in the country.

Also throwing his weight behind the project is the President of Tikitaka Nigeria, Mr. Mike Idoko who is the former Lobi Stars FC of Makurdi Chairman.

Idoko, in a parley with Berackiah helmsman commended the initiative which he said would further empower Nigerian coaches in their line of duties.

Top football instructors from America, Finland and in Nigeria are expected to be on ground for the Berackiah football coaching clinic which will hold across the six geopolitical zones of the country including the Federal Capital Territory, Abuja from September 2021 to March 2022.

Recall that Berackiah Internationl and Abigol Football in partnership with the Nigeria Nationwide League One (NLO) had earlier successfully held a football coaching clinic across the six geopolitical zones in Nigeria.