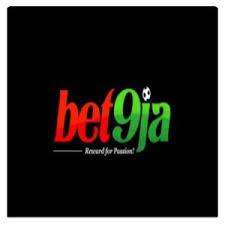 Many years ago, the likes of Mouka Foam, Bournvita, Coca Cola, First Bank, Milo, Indomie, Globacom, MTN, Airtel and the others, held sway when it comes to sports sponsorship. These Multinational companies were either sponsoring a sporting event or partnering with a brand.

Nigeria sports, especially football swam in millions as corporate organisation’s struggled for space to advertise their goods and services.

However, in the last one decade or so, the frenzy and the excitement to do more, has reduced drastically as most of these companies have been hit by the harsh economic realities of the moment.

The world economy has suffered greatly from the rise in price of petrol and gas whicn has seriously affected global businesses.

Then, there is also the uncertainties caused by the recent outbreak of the Covid-19 pandemic, the war between Ukraine and Russia among others.

Back home in Nigeria, bad government policies, corruption and misplacement of priorities have also affected the economy negatively, causing many businesses to shy away from their social responsibilities.

However, in the midst of these uncertainties, a new giant has emerged and has continued to wax stronger despite the storm.

Bet9ja is one of the fastest growing Betting companies in the world and Nigeria’s foremost Betting outfit. The company is today one of the leading sponsors of international and local events. Apart from sports, Bet9ja also sponsors musical, comedy, social, cultural and religious events.

The company owned by an enigmatic and easy going business mogul, is presently at the forefront of events sponsorship in Nigeria.

Presently, Bet9ja Sponsors an Annual table tennis championship in Ogun state and has partnered with Nilayo sports agency in the sponsorship of the Ogun and Ijebu Ode Marathons.

In the last couple of years, Bet9ja has also partnered with the Nigeria National League NNL, as title sponsors but only last year, they took it a step further by agreeing a deal worth over 250m naira with the League Management company, LMC, for the sponsorship of the just concluded Nigeria Professional Football League (NPFL) Season. Just recently, the company has extended a hand of love to the sporting media.

After the success recorded with Lagos SWAN as title sponsors of the Bet9ja/Lagos SWAN Football tournament, the company again sponsored three journalists to the just concluded Africa Women’s Cup of Nations in Morocco and is following that up with more media sponsorship to the Commonwealth games which starts on Thursday in Birmingham City, England.

The company has promised to sustain and retain existing relationships going forward.

ValueJet is the next big thing in the aviation industry. ValueJet (FVJ, Lagos) took delivery of its first aircraft – two CRJ900s – on May 20, 2022, as it inches towards the launch as Nigeria’s newest low-cost carrier.

As a buildup to this mega event, the company is also doing lots of publicity and the media is clinging on as a key partner in progress.