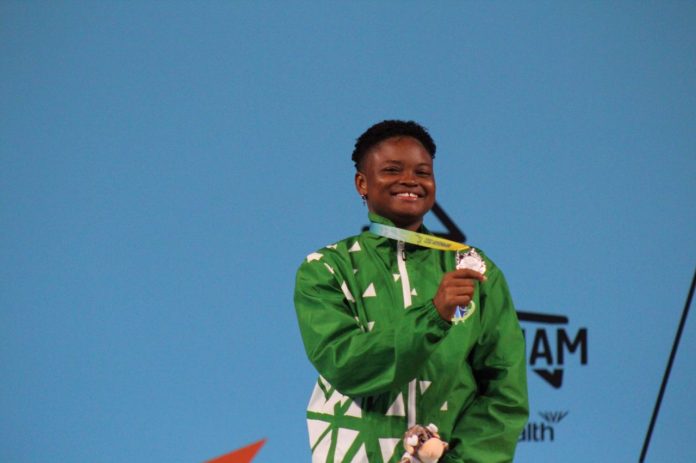 Taiwo Liadi claimed the 5th medal for Team Nigeria at the ongoing 2022 Commonwealth Games in Birmingham on Tuesday.

It was a silver and the fifth one in Weightlifting as the 19-year-old set a Junior Commonwealth Games record lifting a combined total weight of 216kg to clinch the medal in the women’s 76kg event.

Orobosa finished 5th in Group B of the qualification rounds, throwing a mark of 16.27m to secure a spot in the final.

Sad for Team Nigeria boxers, as in men’s 67kg-71kg Light Middleweight category, Abdul-Afeez Osoba lost his Round of 16 bouts against Garan Croft.

The Welsh boxer defeated his Nigerian counterpart 5-0 (Win-on-point bouts to advance to the quarterfinals.