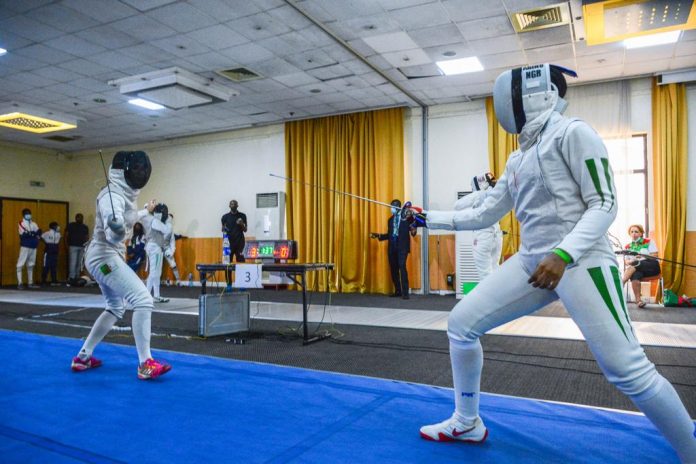 A total of 14 athletes, consisting of six females and eight males will represent Nigeria at the 2022 Commonwealth Fencing Championships slated to hold at the University of East London
SportsDock, London, United Kingdom from 9th to 20th August, 2022.

This edition which comprises of different fencing events and categories will feature both male and female in the Cadet, Junior, Senior, Veteran categories and also wheelchair fencing while all three weapons (Foil, Epee and Sabre) will all be featured.

The President, Nigerian Fencing, Adeyinka Samuel said his federation will field athletes in the Cadet and Junior categories for both individual and team’s event in the Epee and Foil disciplines of the sport. That is, the team will be participating in a total of 10 events out of 24 on the card.

Also, Adeyinka hinted that the team will go for a one-week training camp ahead of the competition in London to help them acclimatize and prepare in the environment where the event is scheduled to hold.