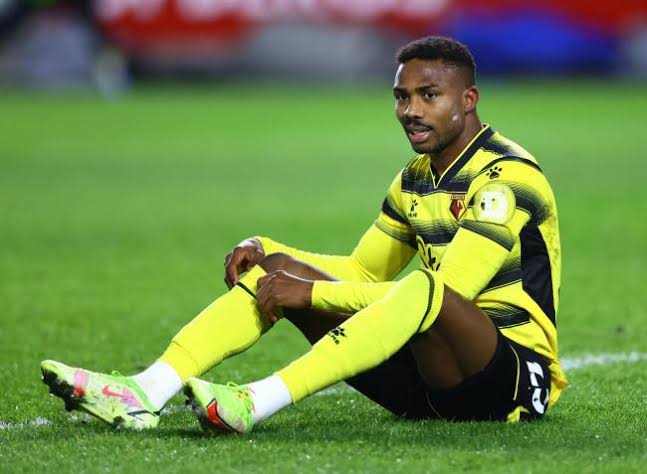 Inform Super Eagles striker Emmanuel Dennis has been ruled out of Watford’s FA Cup third round tie at Leicester City with an injury, Owosports.com.ng reports.

The striker was withdrawn at halftime in Watford narrow defeat to Tottenham Hotspur at the weekend due to a slight knock and will not be risked this weekend.

Also missing for Watford is goalkeeper Ben Foster who remains out, but now training with the team once again while Christian Kabasele is also back in training after his spell on the sidelines.

Elsewhere, Kwadwo Baah, Nicolas Nkoulou and Peter Etebo all remain in the treatment room, where they continue to work on their rehabilitation.

The club also state that new signings Hassane Kamara and Samir are being assessed today before a decision is made on their inclusion in this weekend’s squad.

While the FA Cup is something of an unwanted distraction for the Hornets, with their position in the Premier League looking somewhat perilous at the moment, tomorrow does at least represent a chance for the new arrivals to get some experience of playing for their new side.

However, several changes are expected for the trip to the King Power Stadium, with next weekend the start of an important three-match run, in which Watford will face relegation rivals Newcastle, Burnley and Norwich respectively.