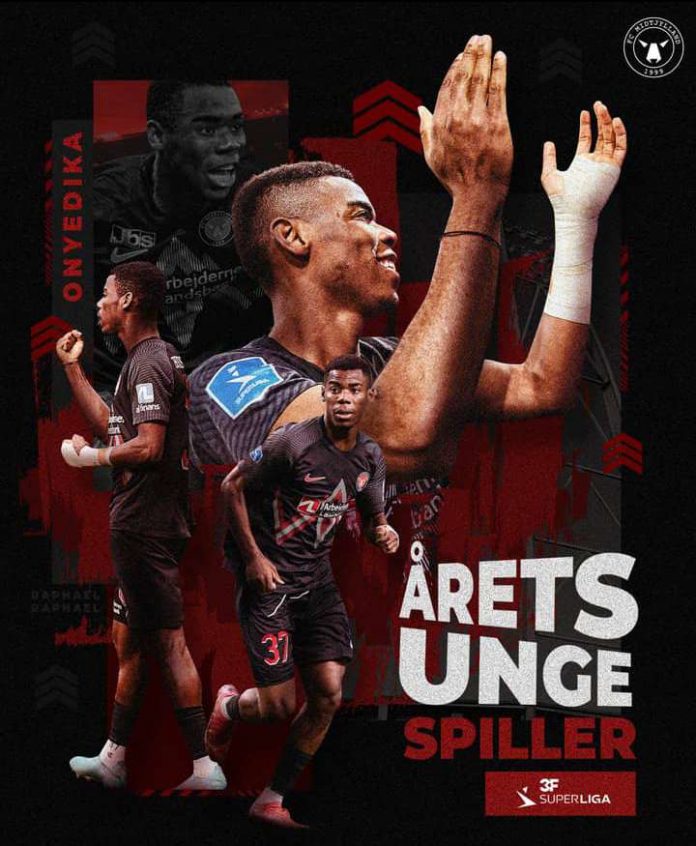 Nigeria and FC Midtjylland midfielder Raphael Onyedika has been named the young player of the season in the Danish Superliga.

The league organiser on Wednesday named Onyedika as the young player of the year after he played 31 of the 32 league games, 29 of them as a starter.