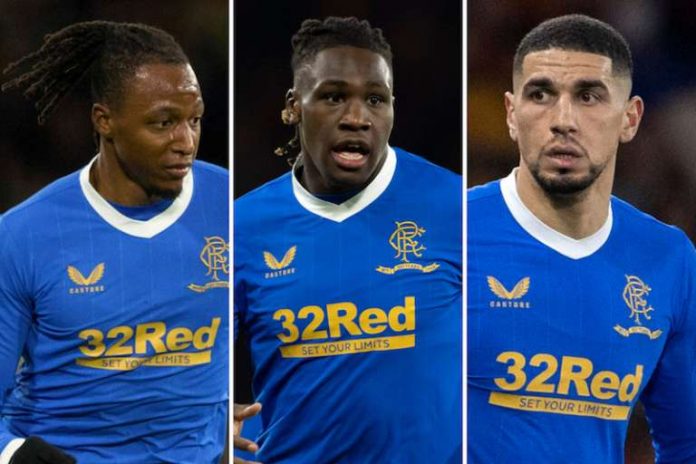 Nigeria trio of Joe Aribo, Leon Balogun and Calvin Bassey will play in the final of this year’s UEFA Europa league after they helped Rangers book a place in the final after overcoming RB Leipzig in the semi final on Thursday Night, Owosports.com.ng reports.

The trio will look to add to the increasing list of Nigerians to have won the UEFA Europa league after, Taribo West with Inter Milan in 1998, Chidi Odiah with CSK Moscow 2005, John Obi Mikel and Victor Moses with Chelsea 2013.

Super Eagles Midfielder Aribo played in a three-man attack alongside Ryan Kent and Wright while Calvin Bassey was deployed in a central defensive position.

Balogun came on as a substitute for Ryan Jack in the 59th minute to bring steel to the Rangers defence.

James Tavernier, Glen Kamara, John Lundstram where the goals scores for Rangers while inform Christopher Nkunku scored the only goal for RB Leipzig as the Scottish side progressed 3-2 on Aggregate.

Rangers will challenge German Bundesliga club side Eintracht Frankfurt for the top prize in the showpiece which will go down on the 18th of May 2022 at the Ramon Sanchez Pizjuan Stadium in Seville.

Frankfurt defeated West Ham 3-1 on aggregate in the other semifinal to set up a date with the Scottish giants.