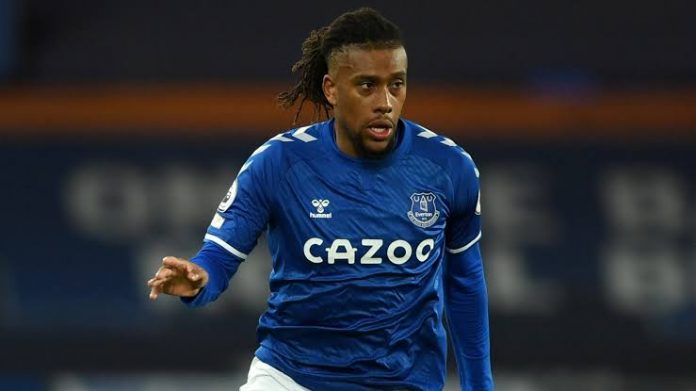 Super Eagles midfielder Alex Iwobi has been named in Frank Lampard’s Everton starting line up vs Chelsea teams ahead of this afternoon’s clash at Goodison Park.

Frank Lampard has made two changes, recalling Fabian Delph and Yerry Mina to the starting team.

Midfielder Tom Davies is fit enough for a place among the substitutes following six months out with a hamstring issue.

Calvert-Lewin and Davies are joined among Everton’s substitutes by Allan, Dele, Michael Keane and Salomon Rondon.

For Chelsea they will be without the services of N’Golo Kante, with the Frenchman replaced by Ruben Lofuts-Cheek.

Here is the Blues team;

With Norwich City having been relegated and Watford seemingly not far behind, Everton, Leeds United and Burnley are the three teams most in danger of filling the third and final relegation place come the season’s end.

Everton are one of six teams to have never been relegated from the Premier League, but face the threat of dropping out of the top tier of English football for the first time since 1951 unless they can make the most of their two games in hand starting with this Afternoon clash with Chelsea FC.