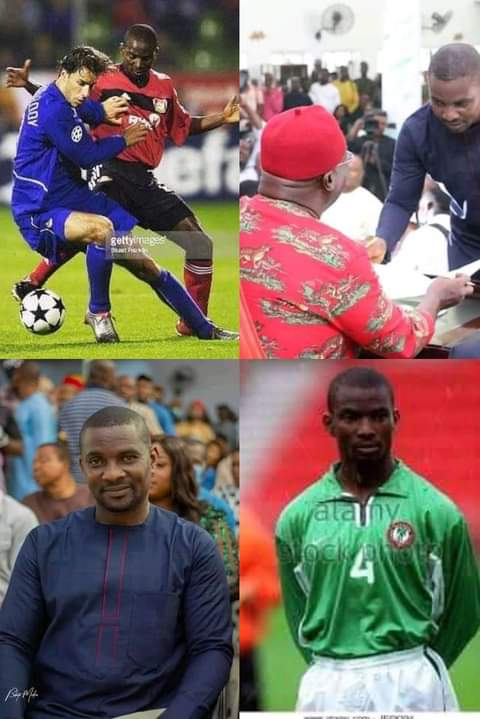 Governor of Abia State, Dr. Okezie Ikpeazu, has sworn in Karibe Pascal Ojigwe as the new Commissioner for Sports in Abia State.

The Former Enyimba of Aba and Nigeria international midfieder and winner of the FIFA U-17 World Cup with Nigeria Golden Eaglets in Japan 1993 was among 27 newly appointed  Commissioners sworn in on Tuesday, October 26.

Ojigwe spent most of his playing years in Germany; playing for Kaiserslautern, Bayer Leverkusen  Borussia Mönchengladbach, FC Koln in the German Bundesliga before returning to Nigeria to play for Enyimba FC.

Ojigwe also played for Nigeria at the 2002 African Nations Cup in Mali.

Speaking shortly after their swearing in ceremony at the Michael Okpara Auditorium, Umuahia, Governor Ikpeazu said the new Commissioners were carefully selected to support and drive his vision for a better life for Ndi-Abia.