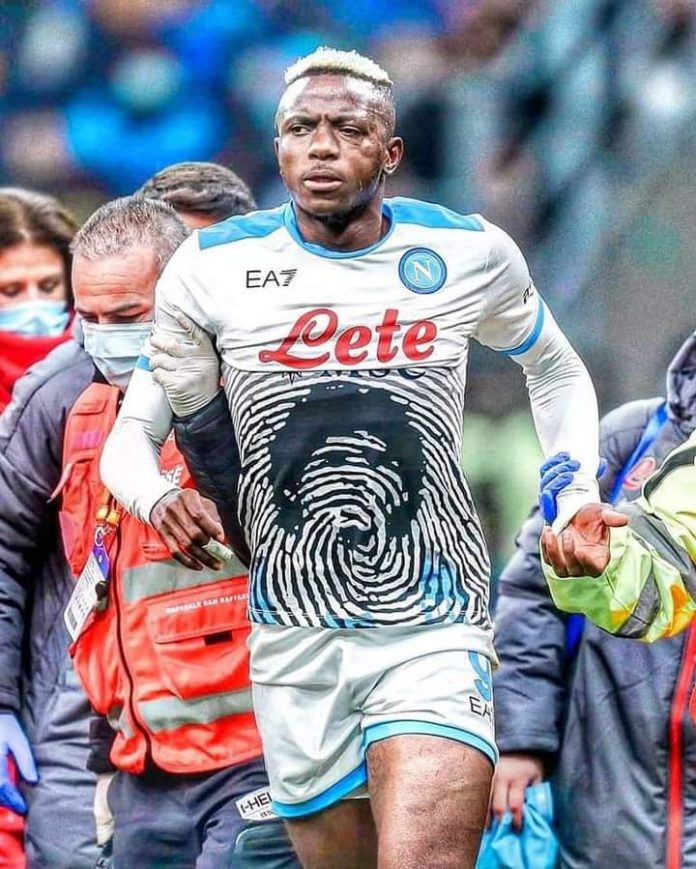 The striker who was withdrawn 55 minutes into the game has been diagnosed with multiple displaced facial fractures and will set to undergo surgery in Milan.

It was immediately apparent that this was a serious injury, as he caught his cheekbone on the top of Skriniar’s head in the accidental collision at San Siro.

He was visibly swollen around the left eye and cheekbone, and was able to walk off the pitch, albeit clearly dazed.

Osimhen was taken to the San Raffaele hospital for tests, which showed multiple displaced fractures of the left cheekbone and orbital bone. The Nigeria international forward will undergo surgery in Milan and has been transferred to the Niguarda hospital, where he will remain overnight under observation.

Initial reports suggest that Osimhen could be out of action for at least a month. It’s devastating news, especially as Osimhen is also set to leave Napoli in January to play for Nigeria in the Africa Cup of Nations. He is their top scorer this season with five Serie A goals and four in the Europa League. (Football Italia)